The 43 year-old former reality star uploaded another photo of herself wearing a navy blue hoodie, basketball shorts, and a large pair of men's loafers, in another response to her haters. 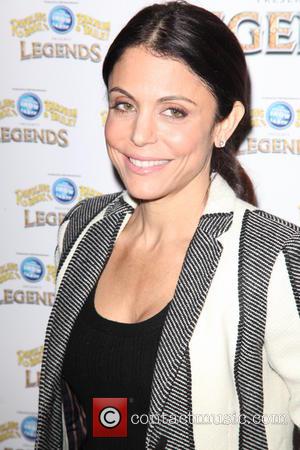 Bethenny Frankel has responded once again to the backlash she recently received for wearing her 4 Year-Old Daughter Bryn's Clothes.

The former reality TV star took to Instagram on Tuesday (July 15th), and shared a photo of herself wearing extremely baggy men's clothing, which hid most of her slim frame.

Frankel sported a navy blue hoodie, basketball shorts, and a large pair of men's loafers while standing in her kitchen.

The pic wasn't caption, but she did post it just two days after her social media followers were in uproar due to another snap of herself squeezing into Hello Kitty pyjamas.

Many users didn't approve of Frankel's actions and voiced their concern on what sort of message she is sending her young child.

On Monday, the former 'The Real Housewives of New York' star responded to the criticism by tweeting, "When ur 4 year old peanut says "mommy please put my dress on" & giggles uncontrollably, u do what ur told."

More: 'Bethenny' Cancelled By Producer & Will Not Return For Second Season

Frankel didn't stop there either, hours later she also jokingly shared, "What will be convenient & economical is if I have another baby & wear their diapers when i'm in adult diapers. #frugalmom."

The first photo initially attracted attention due to Frankel's very slim and small body figure, especially for a women of her age, and in previous interviews she has revealed her past struggles with eating healthy.

"I grew up eating quality food but in a very obsessive household about being thin and eating disorders," she told Health magazine in 2013. "Food was an obsession in my house-out to restaurants every night-but then so was dieting. When I was in my 30s, I just unlocked the safe. I figured out how dieting doesn't work."