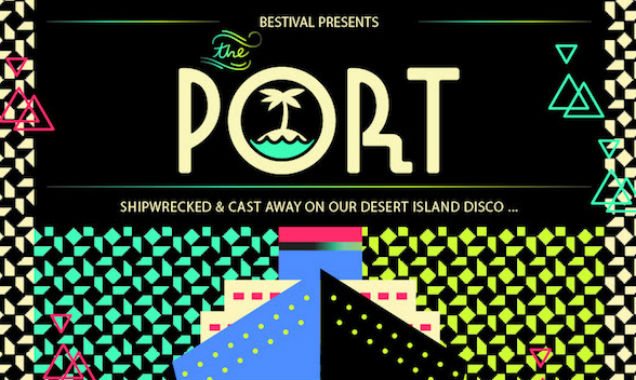 Anyone who was aboard HMS Bestival last year won't have failed to notice the maritime magnificence of The Port. A mind-expanding, oceanic vision, nestled near the Ambient Forest, The Port was unquestionably one of the highlights of 2013 that not only captured the imagination of all you lucky Bestivalites but completely dazzled all the DJs, too.

Featuring a landlocked harbour and the good ship HMS Bestival as its centrepiece, it was nothing short of stunning; the beating heart that powered a hedonistic weekend of pure partying, with proper Funktion One cannons blasting the goodness from incredible DJs, all with an added array of brain-melting spectacles, astonishing aerial displays and insane pyrotechnics. Now, with our Desert Island Disco rocking all tribes, The Port is back to blow you away with another staggering line-up of cool castaways and sublime selectors. So what are you waiting for? Let's get shipwrecked!

Rob da Bank says: "A massive white ship cast adrift in a field blasting out the finest electronic music on a crystal sound system, a man in a rowing boat rows through thin air dangling from a crane, pyro and confetti fill the air, the ships horn booms across 10,000 people's heads as they writhe in rhythm and, as night falls, the lasers fire up and the ship appears to float above the grass. Yes, it sounds like an insane area, doesn't it? But last year we created The Port, possibly our coolest stage ever and it's back with another three days and nights of musical marvels from many of the world's finest DJs. Roughly speaking, Friday is techno night, Saturday is Miss Annie Mac's massive party night and Sunday starts chilled and ends in junglist bass mayhem. All aboard!"