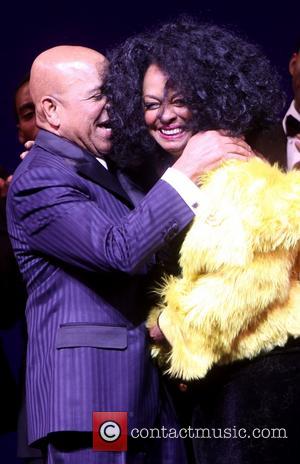 Motown founder Berry Gordy came close to giving up on managing The Supremes before the trio made it big because singer Diana Ross was so stubborn.

In a new Master Class interview with Oprah Winfrey, which will air in America on Sunday (16Jun13), the music mogul reveals he and Ross had a huge argument in Manchester, England when she refused to sing a standard he wanted her to perform live - and the diva only saved her relationship with Gordy by giving in at the last minute, after her manager had already vowed to walk away.

He recalls, "We had agreed that the first song that they would do would be You're Nobody Till Somebody Loves You in order to prepare themselves to come back and do it on national Tv in America... She had done it once and refused to do it the second time because the audience didn't like it, and she didn't like it either.

"I said, 'I want you to do this, because I want to get you in places like The Copacabana in New York... They want Sammy Davis, Jr., this and that and so forth. But they can only do standards. You can do standards and R&B and other stuff and blues, and everything... I want to expose you to these people.' I had this whole master plan for when we got back; we would just take it and sweep the world.

"I could not explain anything to her (Ross) that made sense to her. She refused to do it completely. I even told her, 'Look, you're doing it here for a few hundred people; you're going to do it back home for millions. You got to do it.' She said, 'I'm not'. So I walk out and then my life... left. I mean, 'cause if she didn't do it, I knew I could not manage them again. And my life was over."

But his star had a change of mind just before she hit the stage and performed the track.

Gordy adds, "I couldn't believe that it was happening because I was so down and after I realised that she was really doing the song, it was like the happiest day of my life. And I realised how much I really did love this woman... When I told her how happy I was, she just said, 'I did it for you'."