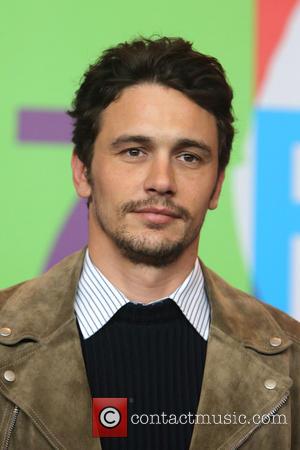 The Berlin Film Festival is rightly famous for giving exposure to films that mean something. It does so in the face of the fact that most such films rarely achieve significant success at the box office these days. In fact, one of them entered in this year's Golden Bear competition, Matt Damon's Promised Land, has already bombed domestically, and another, Lovelace, entered outside the competition, is being faulted by critics attending the festival for being too even-handed. Damon addressed the situation at a news conference on Friday following the screening of his film. Finding financing for movies not targeted at 13 year-old kids is much more difficult to come by than it was just five years ago, he said. It's getting harder and harder to make movies about things. And ticket sales for Promised Land would seem to provide a reason why investors are unwilling to put their money into so-called message films. While it may only have cost $18 million to make, it has brought in just $7.5 million since its release in December. Part of the reason may have been toxic reviews in which strident environmentalist Damon, who co-wrote the movie, was taken to task for making another film about corporate greed and sidestepping the environmental issue of fracking, the process of blasting underground beds of shale with water and sand to release natural gas (and, in the process, allegedly contaminating underground water supplies). Promised Land seems to lose its nerve a little politically, wrote Britain's Guardian newspaper on Saturday. It isn't about fracking at all, but [another] tract on machiavellian corporate behavior and their employees' self-deception. And ardent environmentalist Damon himself acknowledged that while he was preparing the film he heard persuasive comments from backers and opponents of fracking. We didn't want the film to be a judgment on what to do, he said. Likewise, the film Lovelace also seems averse to taking sides. It takes two views of porn actress Linda Lovelace's relationship with husband and puppet master Chuck Traynor. [Editor's Note: I interviewed Lovelace after the release of Deep Throat and years later when she wrote a book in which she claimed to have been abused by Traynor, who she said, had a gun pointed at her during the making of the sex scenes in Deep Throat. Their relationship during the first interview appeared to me to be relaxed and friendly; Chuck Traynor did not want to sit in on the interview while it was being conducted.] But the writers of Lovelace decided to devote virtually no time at all to the second part of her life as an anti-porn activist. No Doubt this transition could not have been easy for her when the world still knew her as the actress in Deep Throat, so it's a shame that the filmmakers only spend a few minutes on a major portion of her life, wrote Tim Grierson in the British trade publication Screen Daily when the movie premiered at the Sundance Film Festival in January.