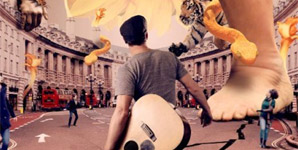 Jamie Hartman has written songs for the likes of Will Young, Natalie Imbruglia and Emma Bunton and he is also the singer in Ben's Brother. Originally a five piece band consisting of Jamie, his brother and three more musicians, the group released their debut album ' Beta Male Fairytales' was released in 2007. For his the new album 'Battling Giants' Jamie decided to go it alone.

Battling Giants is packed full of pop rock tracks similar to that of The Script or The Fray, it's the kind of album that would sit happily on the roster of any major label - from that comment, take what you will - it's not edgy music, it is what it is.

The songs are catchy and radio friendly but unless your prime music purchase of the year includes the lastest X Factor winner, you're not going to find too much to depth to fall in love with. Hartman has proved himself to be a prolific songwriter and these songs sit nicely beside everything he's written previously.

Ben's Brother - Let Me Out Video 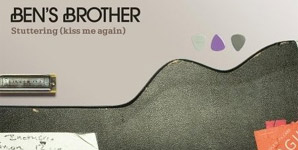