With the imminent release of 'Inherent Vice', actor Benicio Del Toro has spoken out in praise of the film's director - Paul Thomas Anderson.

There are some movies that can be watched over and over again, without you getting bored. Sometimes, this is due to the intense and intricate work of directors, who hide all sorts of small things in the background, and with up upcoming release of 'Inherent Vice', actor Benicio Del Toro revealed that this film may just be one of those. 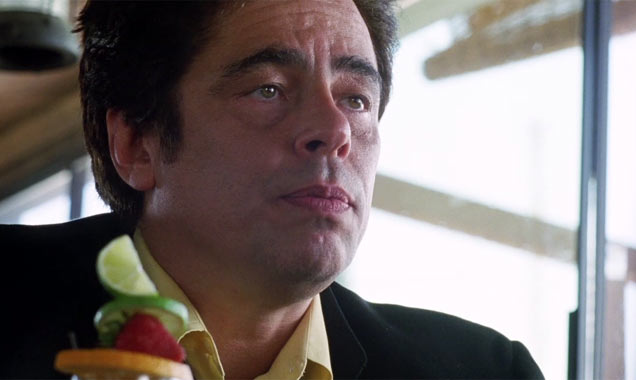 "I feel that every time I see it, I see new things. And those movies I really respect - because they last", explained Del Toro, before adding "I think that this one is one of those." 'Inherent Vice' is the latest film from acclaimed director Paul Thomas Anderson, and follows the exploits of a Los Angeles detective (played by Joaquin Phoenix) during the 1970s.

Del Toro puts the timeless quality of the film down to the man in charge - Anderson. "In my experience," explained Del Toro, "the directors that have that quality are the directors with a body of work that you look up to, and actors and actresses will work for at the drop of a dime." And who wouldn't want to work with the man who created classics like 1997's 'Boogie Nights' or 2007's 'There Will Be Blood'?


"He's one of those that just have a beautiful body of work. Personally, I'm very excited that I got too work with him" stated Del Toro. The actor continued to explain how part of the enjoyment for his collaboration with Anderson came from the fun working environment, and how there were often occasions when the cast and crew would be laughing on the set. "He's a lot of fun" continued Del Toro, "Lot of fun. Just goes to show you: you can have a lot of fun and still do good work."

More: Inherent Vice Reviews: "You're in the Hands of a Master"

'Inherent Vice' is to be released in US theaters on 9th January, 2015.