Benicio Del Toro is reportedly in talks with Disney and Lucasfilm for a role in ‘Star Wars: Episode VIII’.

Benicio Del Toro has reportedly been offered the villain role in Star Wars: Episode VIII. A number of sources close to the casting process confirmed Del Toro’s possible involvement in the sequel to Star Wars: The Force Awakens on Monday (20th July). 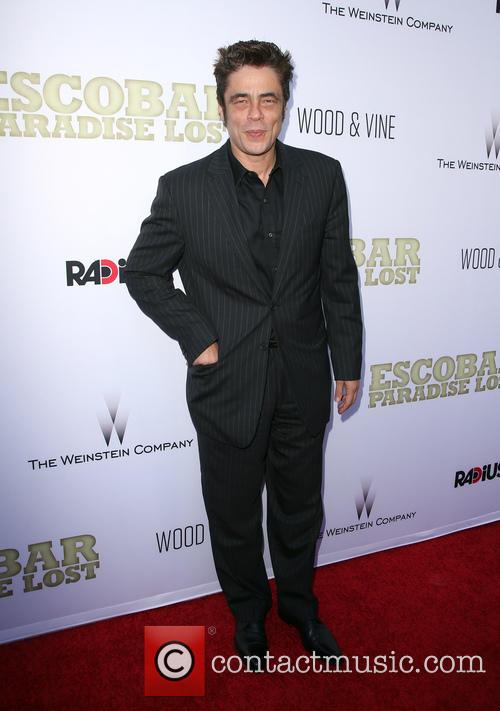 Negotiations are allegedly in the early stages but both Disney and Lucasfilm are keen to see Del Toro in the role, as The Wrap reports. Representatives for Disney, Lucasfilm or Del Toro are yet to comment on the casting rumours.

Rian Johnson is directing Star Wars: Episode VIII, which is due to begin filming later this year. It is slated for a May 2017 release.

The upcoming Star Wars film, Episode VII: The Force Awakens, is due to be released on 18th December 2015. The movie, which is set years after the original three films, will see the return of Harrison Ford, Carrie Fisher and Mark Hamill in their roles as Han Solo, Princess Leia and Luke Skywalker. A new host of actors are continuing the story, including: Oscar Isaac, Daisy Ridley, John Boyega, Domhnall Gleeson, Gwendoline Christie, Lupita Nyong’o and Adam Driver.

Del Toro - if he is cast in the villain role for Star Wars: Episode VII - will reportedly work alongside Isaac, Ridley and Boyega as they are all expected to return for the sequel.

48-year-old Del Toro has enjoyed a prolific career, garnering widespread acclaim for a number of his roles. He won an Oscar for his performance in Traffic and multiple award nominations for his roles in The Usual Suspects, 21 Grams and Che.

Del Toro can next be seen in Sicario, in cinemas from 18th September (U.S.) and 9th October (U.K.). He plays a member of a government task force who work with the FBI to take down a Mexican drug cartel. Del Toro stars opposite Emily Blunt and Josh Brolin.

Watch The Trailer For Sicario On Contactmusic: