Actor Benicio Del Toro Has Emerged As The Frontrunner To Tackle The Role Of The Villain In The Next Star Wars Franchise Sequel. 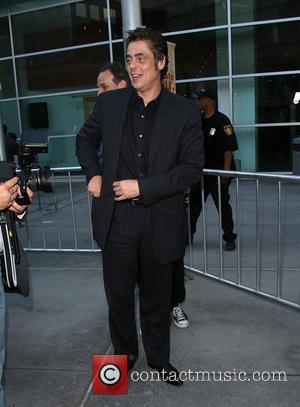 Producers at Disney have already made an offer to the Traffic star to feature in Star Wars: Episode VIII, although multiple reports suggest negotiations are still in the early stages.

Joaquin Phoenix has also met with Disney executives for the part, according to Variety.com.

Rian Johnson will direct the next instalment of the sci-fi film series, the follow-up to J.J. Abrams' highly-anticipated Star Wars: Episode VII - The Force Awakens, which will open in cinemas in December (15).