Some viewers may have been left confused by ‘The Abominable Bride’, but at least they tuned in.

‘Sherlock’s’ latest special, which aired on New Year’s Day, has attracted the highest viewing figures of the festive period with 8.4 million Britons tuning in to BBC1. The drama starring Benedict Cumberbatch and Matin Freeman beat programmes including ‘Eastenders’, the Queens speech and ‘Downton Abbey’ to become the period’s most viewed show. 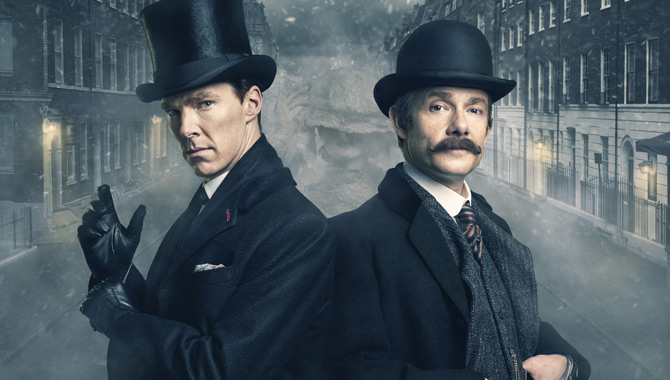 Overnight figures show that an average of 8.4 million viewers tuned in, while the show peaked with 8.9 million during the 90 minute special. But those figures are down from last year’s when 9.2 million people tuned in on New Year’s Day to watch the first episode of the show’s third series.

More: Get Your First Look At Benedict Cumberbatch In Marvel's 'Doctor Strange'

‘The Abominable Bride’ drew some mixed reviews from viewers and critics, with some finding it a little too confusing (as it moved from modern day to Victorian-era London) while others hailed it as one of the series' best. The Guardian called it “fast, fun, flashy, and fantastic”, while The Telegraph concluded, ‘'TV in 2016 just got off to a superlative start’.

I'm sorry but am I watching Sherlock or Inception? Experiencing some new level of confusion o.O

But some fans on twitter just couldn't get there head around what exactly was going on. ‘I'm sorry but am I watching Sherlock or Inception? Experiencing some new level of confusion,’ wrote one user, While another added, ‘I'm baffled but utterly satisfied. I bloody love #Sherlock.’

More: Get Your First Look At The So-Named Abominable Bride In New Sherlock Teaser Trailer

The episode was also shown in 100 cinemas across the UK and was also broadcast in the US on the same day. Series four of ‘Sherlock’ is expected to begin filming later this year and will likely be broadcast in 2017.