The Cumberbitches are up in arms after Sherlocked convention refuses refunds, despite Benedict Cumberbatch cancelling his appearance.

‘Sherlock’ fans are outraged after discovering that, not only have they paid up to £3,000 to attend a convention in London this week just to meet the show’s star Benedict Cumberbatch, but now that the actor won’t even be attending!

The loyal Cumberbitches are up in arms about Cumberbatch’s no-show at the annual Sherlocked convention, a three-day event held at the ExCel Centre this Friday (September 23rd). The actor’s non-appearance was only confirmed last Thursday after the final line-up of guests had already been announced. 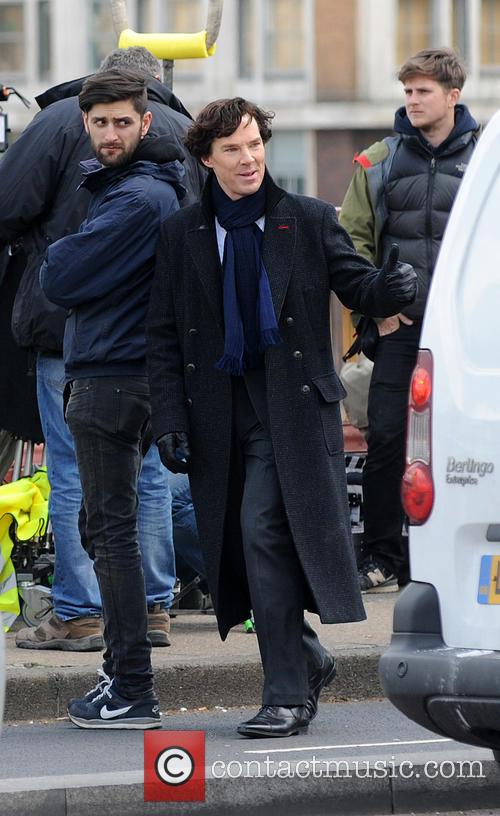 If all that wasn’t bad enough, those who’ve paid to meet their idol won’t even be allowed a refund from the convention’s organisers Showmasters. “Tickets are bought for the event not for the guests, if a guest cancels then the event will still go ahead – no refunds can be offered,” the organisers said.

An official reason hasn’t been given for the star’s absence, but a report by MailOnline cites Cumberbatch’s spokeswoman who apparently told them he was going on holiday with his family – including wife Sophie Hunter and their one year old son Christopher – for a short break ahead of his forthcoming promotion of Marvel’s Doctor Strange movie.

“Why on earth did I buy a Gold ticket??’” asked one disgruntled fan on Twitter, with another vowing “I am going to try and get my refund off Sherlocked if I die doing it. I see no reason why they should get to keep my money.”

Cumberbatch’s co-star Martin Freeman won’t be appearing at the convention either, but organisers have attempted to mollify irate fans by offering them Benedict’s parents, actors Timothy Carlton and Wanda Ventham, who made a cameo appearance in series three as Sherlock’s on-screen parents.

Other confirmed guests for the convention are ‘Sherlock’ regulars Mark Gatiss (who plays Mycroft), Andrew Scott (who plays nemesis Moriarty) and Amanda Abbington (who plays Mar).

More: Just how long will ‘Sherlock’ be on our TV screens?