Petition Calls For Boycott Of 'Zoolander 2' Over 'Harmful' Trans Character

Just days after its first trailer hit, the upcoming Zoolander sequel has come under fire due to Benedict Cumberbatch’s character. Cumberbatch plays an androgynous model named Ali in the film, but some LGBT activists have labelled the portrayal ‘a 'cartoonish mockery' of transgender, androgyne and non-binary individuals’. 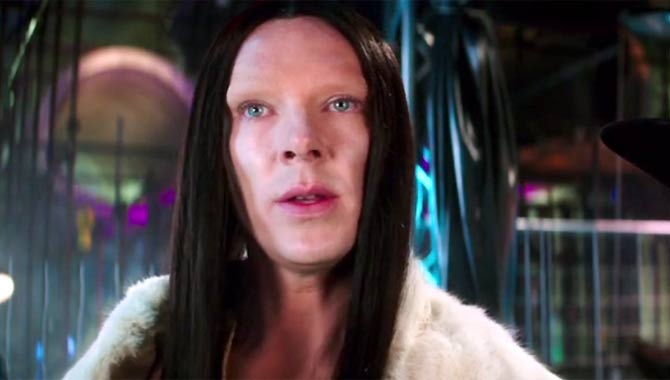 Benedict Cumberbatch’s Zoolander 2 character is the subject of an online petition to boycott the movie.

The petition was started on change.org by Sarah Rose, has has so far received over 7,500 signatures. It reads: ‘In the Zoolander 2 trailer, an androgynous character played by Benedict Cumberbatch is asked by Zoolander and Hansel if he is a ‘male or female model’, and if they ‘have a hot dog or a bun’.’

‘Additionally, Cumberbatch’s character is clearly portrayed as an over-the-top, cartoonish mockery of androgyne/trans/non-binary individuals. This is the modern equivalent of using blackface to represent a minority.’

The petition goes on to say that producers could have approached models like Andreja Pejic if they ‘wanted to provide social commentary on the presence of trans/androgyne individuals in the fashion industry.’

Peljic walked the runways in both men and women’s fashion shows before coming out publicly as a transgender woman and undergoing sex reassignment surgery in 2014. ‘By hiring a cis actor to play a non-binary individual in a clearly negative way, they film endorses harmful and dangerous perceptions of the queer community at large,’ the petition adds.

Zoolander 2 is scheduled to be released on February 12, 2016. The film reunites Ben Stiller and Owen Wilson as models Derek Zoolander and Hansel McDonald. In addition to Cumberbatch it also stars Penelope Cruz, Kristen Wiig and Will Ferrell and features cameos from Kim Kardshian, Kanye West, Joe Jonas and Justin Bieber.