Hypnotism And Rooftop Leaps: What To Expect From 'Sherlock' Series 3 (Photos)

Some dramatic scenes from the upcoming third series of 'Sherlock' took place in Central London on Friday (April 12th 2013) plus a surprise guest appearance. Benedict Cumberbatch looking deadly serious on the set of 'Sherlock'

Benedict Cumberbatch and Martin Freeman began filming series 3 of 'Sherlock' in the most dramatic way with hypnotism and leaping of buildings on Friday (April 12th 2013) in Central London.

The contemporary detective drama based on the 19th century stories by Sir Arthur Conan Doyle is set to continue in the Winter of 2013 as filming kicked off last week in London where the last series left off.  Benedict Cumberbatch and Martin Freeman were snapped acting out some intense scenes as their respective characters Sherlock Holmes and Dr. John Watson. Co-creator Mark Gatiss was also on the set as Sherlock's older brother Mycroft Holmes as well as antagonist Jim Moriarty played by Andrew Scott. Psychological illusionist Derren Brown made a surprise appearance on the set, hypnotising Martin Freeman who subsequently dropped to the floor in one spectacular scene; it is as yet unclear as to Derren's role in the upcoming series 3 plot but speculation has suggested that his character could be based one of Conan Doyle's darkest characters Sebastian Moran.

Cumberbatch was busy filming the most thrilling scene of series 3 hanging from a crane in a harness as he leaps to his 'death' from the roof of a building. Safe to say, he looked happier on the ground! 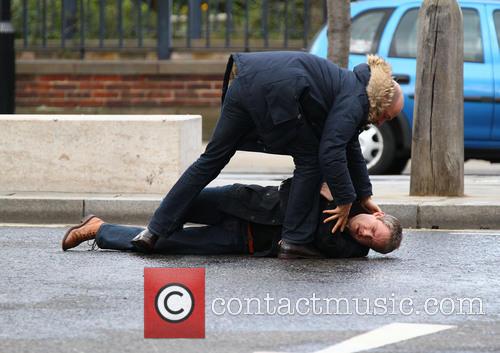 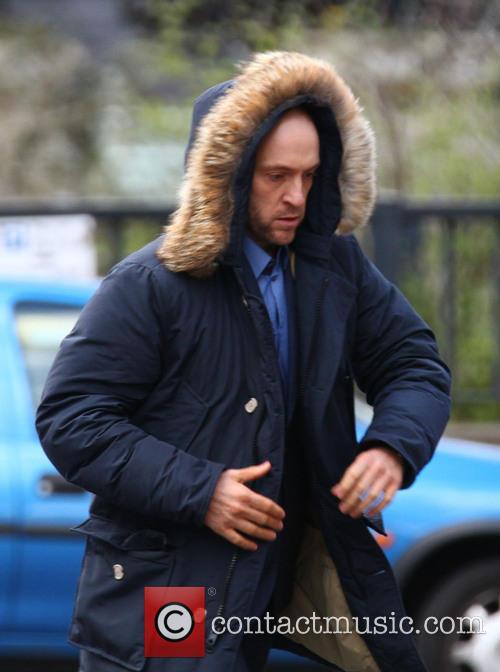 Derren Brown has a mysterious role in series 3 of 'Sherlock' 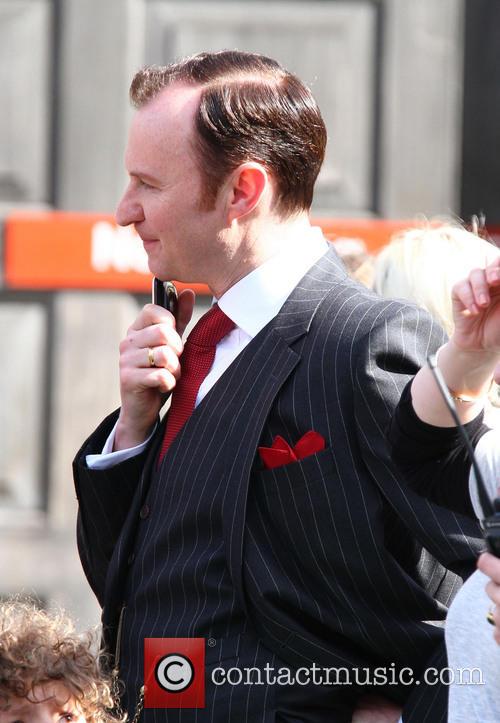 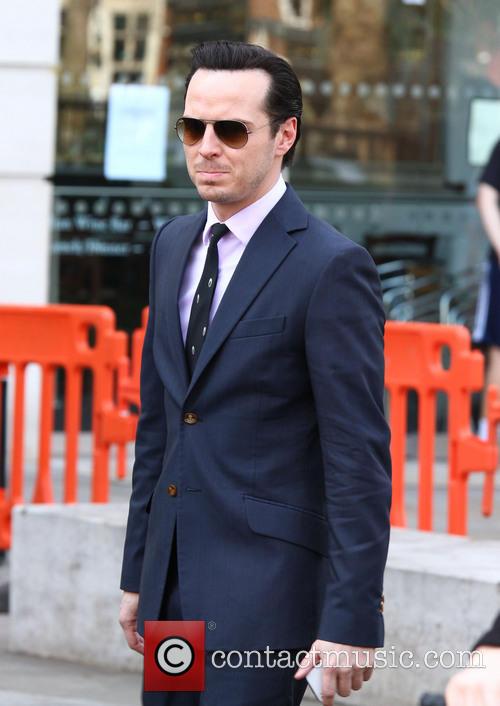 Andrew Scott looking formidable in aviators on the set of 'Sherlock' 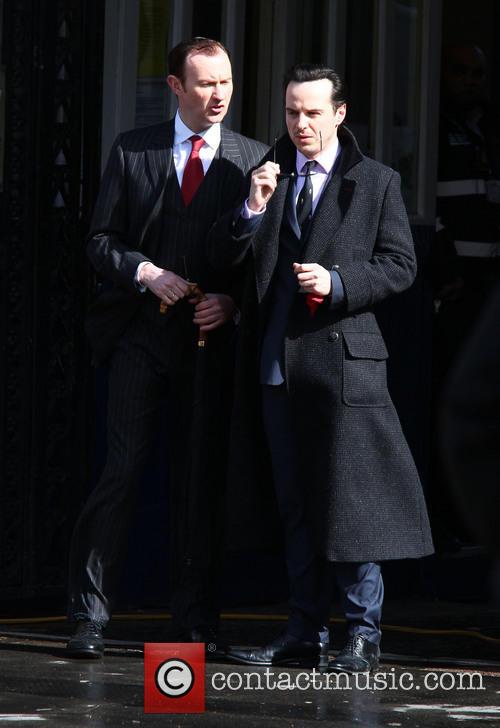 Mark Gatiss and Andrew Scott catch up on 'Sherlock' set 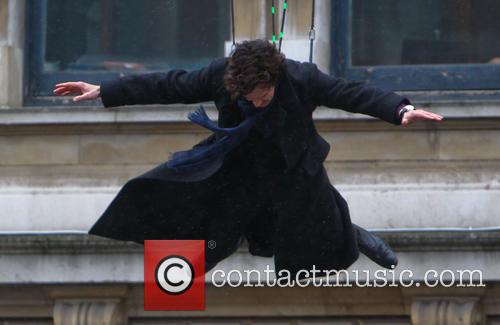 Benedict Cumberbatch leaps of a building in one 'Sherlock' episode 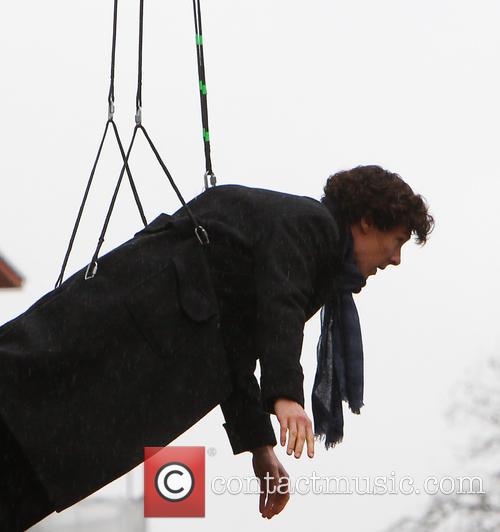 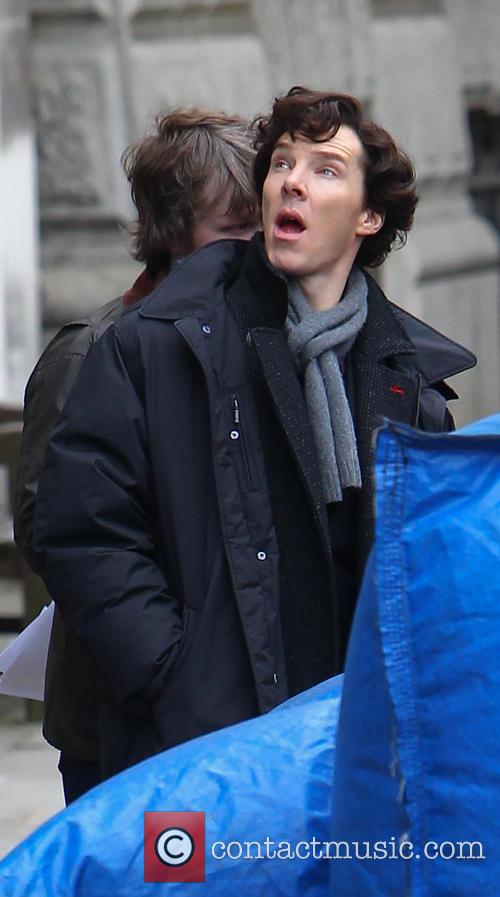