'Gone Girl' was awarded the top honour at the Hollywood Film Awards on Friday (14th November) and 'The Imitation Game' gained four awards including prizes for actor, supporting actress and director.

The results are in from the 18th Annual Hollywood Film Awards which were held at the Hollywood Palladium in Los Angeles on Friday (14th November). Check out the winners list and pictures from the ceremony! Gone Girl, which stars Ben Affleck and Rosamund Pike, won the top honour at the award ceremony, the award for Hollywood Film. The film, which appears to be the most talked about film of the year, also won the awards in the categories Screenwriting and Sound. Gillian Flynn, who wrote the novel, won the Screenwriter award for her adaptation. The Imitation Game won four awards at the ceremony with Benedict Cumberbatch, who plays Alan Turing, winning the award for Hollywood Actor, Keira Knightley for Supporting Actress, Morten Tyldem for Director and Alexandre Desplat for Composer. Both Cumberbatch and Knightley were at the ceremony to pick up their awards in person. Knightley looked beautiful in a floor length white gown complete with black embellishments whilst Cumberbatch looked his usual dapper self in a black three piece suit. 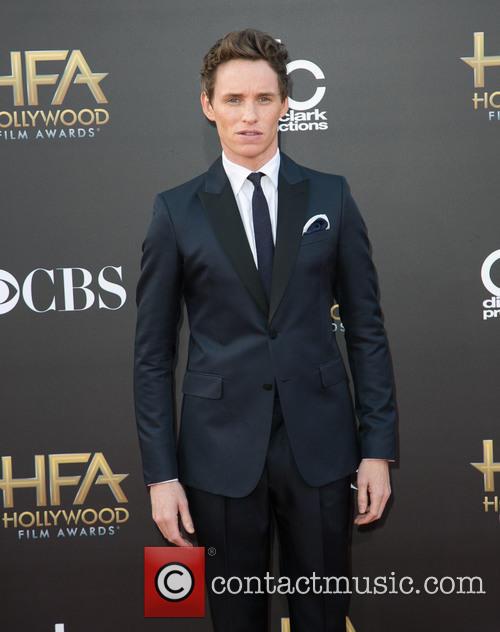 Eddie Redmayne won an award for his role in The Theory of Everything.

The breakout awards were particularly interesting with actors we consider extremely recognisable in the UK being recognised in Hollywood. Eddie Redmayne, who stars in The Theory of Everything as Stephen Hawking, received the award for Hollywood Breakout Performance Actor. Meanwhile Jack O'Connell, for his role in Angelina Jolie's film Unbroken, won the New Hollywood Award.

Check out the next page for the full list of winners... Jack O'Connell won the New Hollywood for his role in Unbroken.