Benedict Cumberbatch to play the Queen in drag?

Benedict Cumberbatch joked about his next movie role, claiming he'd love to dress up in frocks to play Queen Elizabeth II. 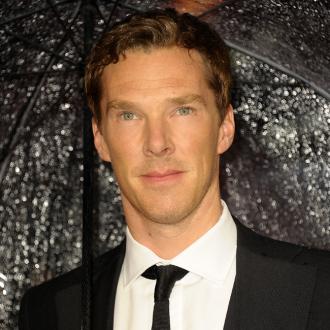 The 38-year-old actor - who is currently starring as gay mathematician Alan Turing in the WW2 thriller 'The Imitation Game' - has joked he would be up for playing the British monarch, even though he's a man.

When asked why it took so long for authorities to pardon his character - who was prosecuted for his homosexuality in the UK in 1952 - the 'Sherlock' star said: ''Why couldn't it have been earlier? I don't know. I'm not the Queen or David Cameron.

He then quipped: ''Maybe those will be my next roles. I'd like to see me in that frock.''

Although an Oscar buzz has already started circulating around Benedict's portrayal of the code-breaker - who was a key figure in solving Nazi Germany's Enigma code which ultimately helped the allies win World War II - the actor is ignoring the praise but is happy that the rumours may encourage people to go see the film.

Benedict - who attended the film's premiere at the Odeon in London's Leicester Square with his co-star Keira Knightley on Wednesday night (08.10.14) - said: ''If it gets people to see the film, frankly, that really is all I care about. I really want his story to be known as broadly as possible.

''It's a great honour to be asked to play someone like Alan Turing.''