Actor Benedict Cumberbatch Stunned The Audience After His Final Performance In Hamlet By Dropping A Curse Word During An Impassioned Plea About Europe's Refugee Crisis. 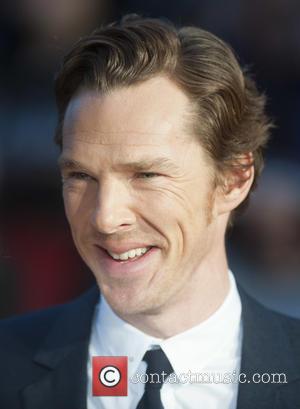 The Sherlock actor took his final bow in the William Shakespeare play on Tuesday (27Oct15) and launched into a speech before he left the stage at London's Barbican theatre venue to encourage the audience to drop money in buckets for charities helping refugees.

Benedict has been very outspoken on the crisis and had previously declared politicians are not doing enough to help those attempting to enter the U.K. and other European countries to escape conflict in the Middle East.

He continued his campaign on Tuesday with the onstage rant, in which he called the situation the "utter disgrace of the British Government" before shouting, "F**k the politicians".

"He began by reading out a poem called Home by (Somali poet) Warsan Shire," an onlooker tells Britain's Daily Mail newspaper. "He then spoke about a friend who had come back from the Greek island of Lesbos a few months ago, where there were 5,000 people arriving a day, and how the (British) government was allowing just 20,000 refugees into the country over the next five years...

"Then, out of nowhere came this 'F**k the politicians' remark... It's not quite what you'd expect when you go for an evening with the Bard, but it got a few cheers."

Benedict first read the poem in a video to support a fundraising appeal for Save the Children, and he reportedly read the verses during each performance of Hamlet.

The actor recently announced he wants to chat with U.K. Home Secretary Theresa May about how to tackle the situation.

"I'd like to sit down with Theresa May and get a full understanding of how her political economic model works of structuring an argument that there is virtually a zero degree of financial benefit from an immigrant population," he previously said.

"But in the meantime 5,000 people a day are arriving on the island of Lesbos and there's nothing on the shoreline but abandoned life jackets and there are boats as far as you can see on the horizon day and night."

More: All you need to know about ‘Sherlock’ special ‘The Abominable Bride’