Benedict Cumberbatch and Sophie Hunter - who tied the knot yesterday (14.02.15) - chose the Frank Sinatra song 'My Funny Valentine' to be played at their wedding. 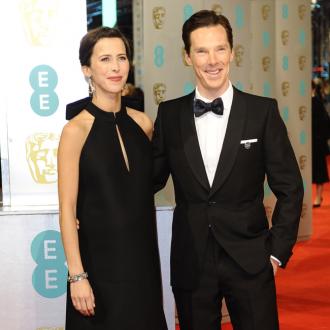 Benedict Cumberbatch and Sophie Hunter played a Frank Sinatra song at their wedding.

The 'Imitation Game' star - who tied the knot with his fiancée in Mottistone on the Isle of Wight, England yesterday (14.02.15) - reportedly chose the ''fitting'' song, 'My Funny Valentine', to play at the ceremony, The Sun on Sunday newspaper reports.

The road near St. Peter and St. Paul's Church, in which they wed, was blocked to keep the pair's nuptials as private as possible.

Around 40 guests were seen arriving at the church, some in limousines.

A local said previously: ''The church is not that big... I would say maybe 100 people maximum would fit in there.

''It's a beautiful setting and very old English, very quaint and pretty.''

The happy couple were transported to their nearby reception venue, Mottistone Manor, by car so to avoid the rainy weather.

Earlier in the day, the bridal party were seen arriving at the 12th century church at around 3.20pm with umbrellas to protect them from the gloomy downpour.

The bride and groom first met in 2009 whilst working on 'Burlesque Fairytales' and they are expecting their first child together, which is reportedly due sometime in the summer months.