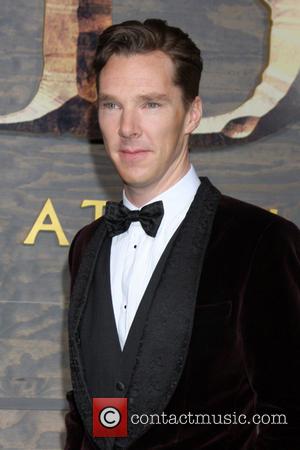 British actor Benedict Cumberbatch is returning to the London stage in 2014 after landing his dream role in Hamlet.

The Star Trek Into Darkness star has long awaited his chance to play the doomed Danish prince in one of William Shakespeare's most famous tragedies, and now he has revealed he will tackle the role in the West End next year (14).

He tells USA Today, "I know for certain I'm doing Hamlet sometime in autumn on the London stage, and before that there are all sorts of film projects flying around."

The 37 year old hinted about the project last year (12) by insisting he is the perfect age to portray the character, saying, "I hope to return to theatre soon, hopefully as Hamlet, as it's a role I've been interested in for a long time.

"I don't know if there is such a thing as a right age to play the part, but 36 or 37 seems appropriate to me, so I need to do it before long."

Cumberbatch's last stint on the London stage was in Danny Boyle's 2011 production of Frankenstein, which won him and co-star Jonny Lee Miller the Olivier Award for Best Actor.