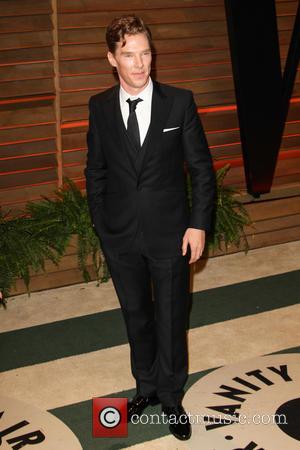 Actor Benedict Cumberbatch was reportedly involved in a fight during Oscars weekend earlier this month (Mar14).

The Star Trek Into Darkness star was caught in the middle of a scuffle between his limo driver, valets and security over a parking spot outside a Los Angeles hotel.

A source tells the National Enquirer, "When Cumberbatch's driver pulled up to the hotel, he failed to drive into the semicircular driveway and parked his limo on the street, blocking the exit.

"As the star stepped out, several valets ran up, demanding that the limo be moved immediately, and he abruptly found himself trapped in the middle of an escalating screaming match!"

Cumberbatch reportedly tried to diffuse the situation by asking his limo driver to move the vehicle, but a fight eventually broke out.

The actor was able to escape into the hotel lobby unscathed, reportedly telling friends: "I honestly thought I was going to get clobbered!"