The ‘Sherlock’ star is currently playing the Danish Prince at London’s Barbican theatre.

The London production of ‘Hamlet’, starring Benedict Cumberbatch, has reportedly returned the play’s famous 'To be or not to be' speech to its rightful place in Act III. Previews of the play had originally opened with Cumberbatch delivering the famous lines, but now it seems the decision has been made to move the speech back to where Shakespeare had originally intended it to be heard. 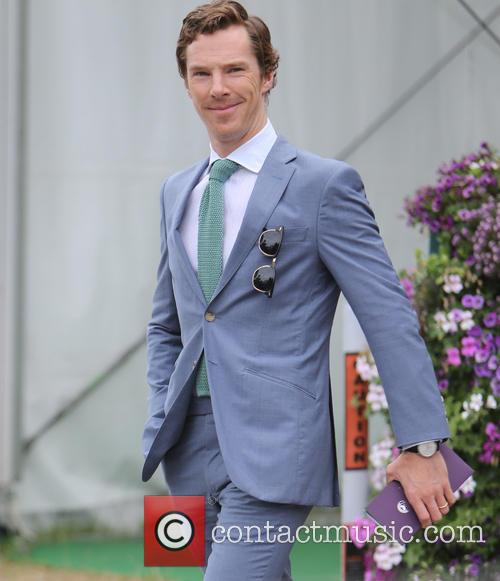 Benedict Cumberbatch is currently starring in a production of Hamlet.

The production, which is directed by Lyndsey Turner, had come under criticism for beginning with the speech, in Shakespeare’s original text the famous lines come near the play’s half way mark in Act III. Now the production is reportedly opening with Cumberbatch shouting 'Who's there?' into the darkness, according to the Daily Mail.

Cumberbatch had previously admitted that opening with the speech was challenging and he reportedly told fans the soliloquy was 'not the easiest place to begin a play’. The play is still currently in its previews stage and does not officially open until until August 25th.

One critic who was particularly disparaging about the decision to open with ‘To Be Or Not To Be’ was The Times’ Kate Maltby who published her review of the production before the play's official press night. Speaking to the BBC on Radio 4's Today programme Maltby said, "You're bringing out your big showbiz number at the beginning and it's hard to take seriously after that.”

“The real problem with this production, which is not going to change, is that because it's such a star vehicle they've decided to take Hamlet's most famous speech, 'to be or not to be', which is his speech about suicide,” the critic added.

More: Listen Up ‘Cumberbitches’, Benedict Cumberbatch Does Not Want You Filming His 'Hamlet' Performances

“’Is it worth living?', 'Should we all just kill ourselves?' - that's normally in the middle of the play and it's his low point. They've taken that speech and made it the opening scene and not repeated it, so we never get it again at its appropriate emotional moment."

The production has also hit the headlines thanks to Cumberbatch’s rabid fans, with the actor having to tell them off for taking photos and videos during performances. Earlier this month the ‘Sherlock’ star pleaded with fans to put their cameras away while he was on stage, describing it as ‘mortifying’ to find that filming was happening during a performance.