Talk about 'The Imitation Game'...

Friday's episode of 'The Graham Norton Show' (November 27th 2015) had us crying with mirth yet again with the reapearance of by far the best guest, Benedict Cumberbatch. He was accompanied by his 'Black Mass' co-star Johnny Depp and had no problem joining the public in mocking his unique appearance. 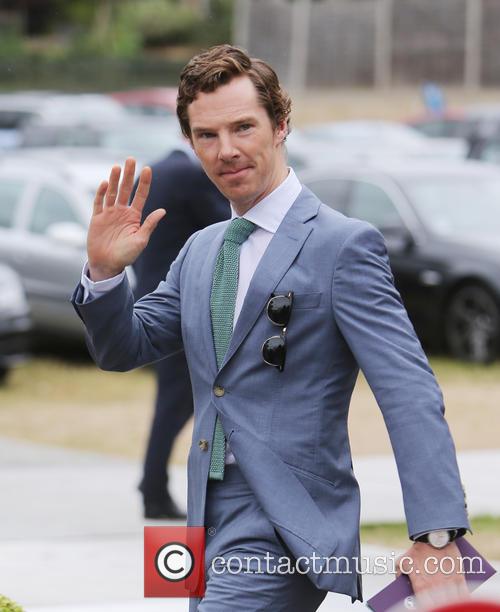 Benedict Cumberbatch can imitate just about anything

As explained by Graham Norton to the oblivious Depp, during the 'Sherlock' actor's rise to fame, there was a meme floating around on Tumblr comparing him to an otter (note those adorably tiny eyes and pointed features). However, Norton only managed to find three images referencing the comparison and thus asked Cumberbatch to recreate a few choice otter poses to add to the collection.

'I'm kinda scared of otters', joked Depp, before his sofa companion willingly performed an angry otter and a slightly aggressive otter among others. One picture showed the river creature looking particularly cheerful while flanked by two loving friends. 'This is an opportunity for myself and Johnny to channel our inner otter', said Norton, as Depp leant in to kiss Cumberbatch on the cheek in imitation of the snapshot.

Watch the clip from the show here:

If chat show smoochies weren't crazy enough, Cumberbatch was then presented with an enormous teddy bear, as Norton flashed up another image of an otter cuddling a stuffed toy. Unfortunately, the cuteness was quickly allayed as the actor proceeded to jump on the bear and brutally assault it. Depp then joined the attack, glass of wine still in hand. 'Think I'm a cute otter?' Cumberbatch yelled mid-attack, as the audience cheered and laughed. Well, he's promoting a violent gangster film after all.

Previous episodes of 'The Graham Norton Show' have seen him imitate Chewbacca from 'Star Wars' in front of a stunned and impressed Harrison Ford, perform a Beyonce walk to the tune of 'Crazy in Love' (as taught by Miranda Hart) and laugh at his inability to pronounce the word 'penguins' (not 'pengwings' or 'penglings', Mr Cumberbatch!) when he narrated the documentary series 'South Pacific'.

Safe to say we can't wait until he's back on the show.