Is Benedict Cumberbatch Really Set To Become A Father?

Soon after their engagement, Cumberbatch and Sophie Hunter are apparently expecting a baby.

Benedict Cumberbatch has barely let his engagement sink in and now another bombshell has been dropped. According to US reports, the actor and his fiancee Sophie Hunter are expecting their first child together. 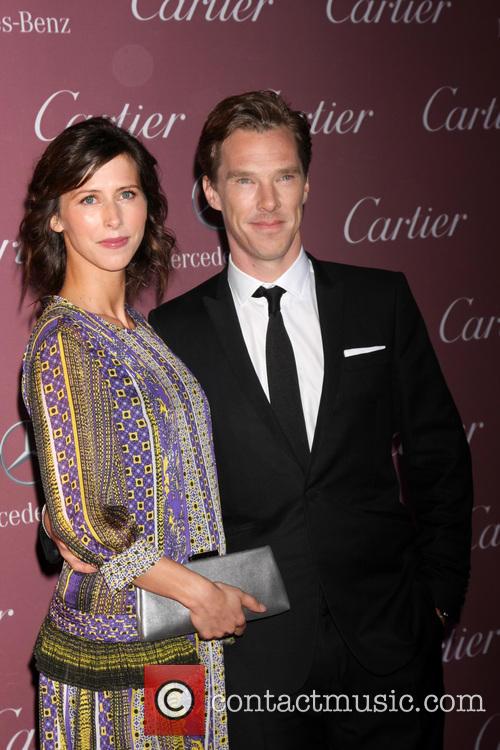 Could Sophie Hunter be pregnant?

Affectionately nicknamed 'Cumberbaby' by media reports, the news has spread despite any official confirmation from the couple or their representatives. Instead, an unknown source has apparently revealed the news that Hunter is pregnant to New York Post's 'Page Six' website. 'Sophie is a few months along, and both she and Benedict are very excited about it', they said. 'They are also quietly planning to marry in early Spring.'

The couple announced their upcoming nuptials in November 2014. It was an ultra classy declaration in the 'Forthcoming Marriages' section of The Times, echoing the likes of Eddie Redmayne and Hannah Bagshawe's announcement earlier in the year. 'The engagement is announced between Benedict, son of Wanda and Timothy Cumberbatch of London, and Sophie, daughter of Katharine Hunter of Edinburgh and Charles Hunter of London', The Times read.

It is unclear how long Cumberbatch and Hunter have been dating, but the pair are believed to have met while filming on the set of 'Burlesque Fairytales' in 2009. While the former has become a National Treasure in the acting world for his roles in 'Sherlock', 'Star Trek Into Darkness', 'The Hobbit' and, most recently, Alan Turing World War II biopic 'The Imitation Game', the latter has instead stepped out of the spotlight to direct various theatre works such as 'The Rape Of Lucretia' and 'The Magic Flute'.

Their pregnancy has is yet to be confirmed by the couple and/or their associates.