Benedict Cumberbatch Vs. Eddie Redmayne: The Battle Of The BAFTAs

Benedict Cumberbatch and Eddie Redmayne go head to head at this years BAFTAS with 'The Imitation Game' and 'The Theory Of Everything' leading nominations with thirteen categories between their respective flicks. 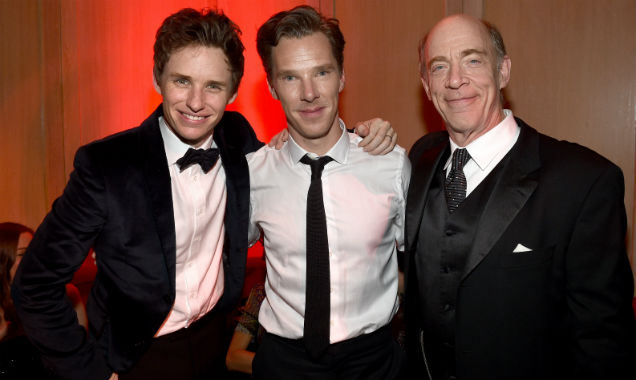 Cumberbatch and Redmayne themselves have both been selected as nominees for the Best Actor category, while 'The Imitation Game' and 'The Theory Of Everything' are also up for Best Film, Outstanding British film, Best Adapted screenplay, Best Costume design and Best Editing. Redmayne's Stephen Hawking biopic is additionally up for Best Director, Make-up and hair and Music, while Cumberbatch's take on Alan Turing's story is looking at awards for Production design and Sound.

It seems like a battle of the Britishness between these two 30-something National Treasures, which makes us chuckle because there's so many similarities between them. Both are Londoners, born and bred, and have strong ties with England's high society. Their educations have been equally as prestigious; Redmayne attended Eton College at the same time as Prince William before moving on to Trinity College, Cambridge, while Cumberbatch won a scholarship at London's Harrow School. But one of the most adorable things we found was that they both announced their engagements to their other halves in 2014 in the same way; in the forthcoming marriages section of The Times newspaper. Equally classy. 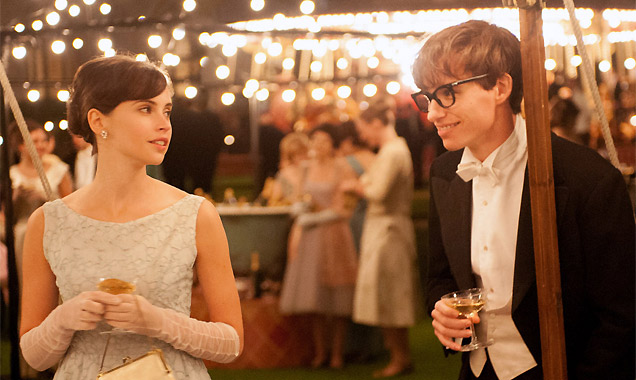 Felicity Jones and Eddie Redmayne in 'The Theory Of Everything'

But now we're left trying to decide whose biopic is the best, as both stars portray two very different but equally important figures in modern science. Cumberbatch is Alan Turing, a man who helped England win World War II by inventing the Enigma machine and cracking German ciphers, but who was ultimately scorned by the government he was working for and forced into chemical castration after it emerged he'd been having illegal homosexual relations. Redmayne is Stephen Hawking, author of 'A Brief History of Time' and a theoretical physicist who has defied death having suffered from amyotrophic lateral sclerosis for fifty years. Two men whose inventions have shaped the world and yet whom we all feel deeply sorry for.

It could be argued that Redmayne has the advantage here, having been given the opportunity to get to know Hawking himself, but then Cumberbatch is so extraordinarily loved for 'Sherlock'. Both are former Golden Globe nominees who are yet to land one of the major movie awards but we think the biggest face-off will come at the Oscars.

Benedict Cumberbatch in 'The Imitation Game'