The actor opens up about his latest role.

Benedict Cumberbatch has opened up about his Marvel Universe debut in a new featurette for the upcoming release of 'Doctor Strange'. He plays the titular hero in the new film, whose journey takes a totally unique course compared with those of other more notable Marvel superheroes. 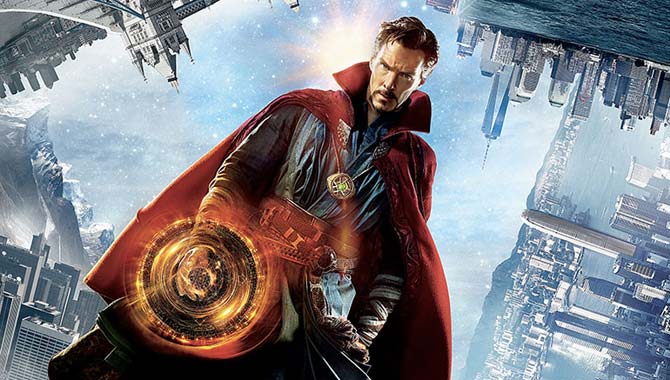 Doctor Strange is coming this Fall

Directed by Scott Derrickson ('Sinister'), the film follows a genius neurosurgeon named Stephen Strange, who sufferes a tragic road accident which renders him unable to continue his medical career after losing the use of his hands and undergoing several failed operations. He decides to travel to Nepal, where he meets a sorceress called the Ancient One and discovers that the powers of healing go far beyond the physical realm.

'Strange is incredibly arrogant, brilliant, sort of extraordinary and his needs to control fates, to control destiny and in particular death has brought him to the height of his profession as a neurosurgeon', Cumberbatch says. '[His journey] brings out this spiritual dimension which he never knew was possible and he soon realises the potential of someone who can help on a grander scale than he'd ever imagined actually existing.'

The featurette also features Tilda Swinton, Rachel McAdams and Chiwetel Ejiofor, who play the characters of the Ancient One, nurse Christine Palmer and the supervillain Mordo respectively. In regards to the villains of the piece, president of Marvel Studios Kevin Feige explains that they are 'interested in spilling the barriers between these dimensions which would annihilate our entire universe'.

A new trailer has been released for the movie, and you can see that it's going to be a tense, mystical and fascinating voyage. 'There's a lot of real world live action in this film, there's a lot of drama, a lot of comedy but there's also the most extraordinary, fantastival adventure', says Cumberbatch.