Benedict Cumberbatch, Charlotte Church And Other Celebs Criticised For Speaking Out About Political Topics

Nick Timothy, former special adviser to Home Secretary Theresa May, wrote an article imploring "vain and ignorant liberal luvvies" to take a "vow of silence" in 2016.

Outspoken celebrities such as Benedict Cumberbatch, George Clooney, Katie Hopkins and Charlotte Church have been condemned in a new article by a former special adviser to the Conservative Home Secretary Theresa May.

Cumberbatch, 39, famously used his starring role in ‘Hamlet’ at the Barbican to raise money and awareness of the Syrian refugee crisis earlier this year, at one point proclaiming “f*** the politicians”. 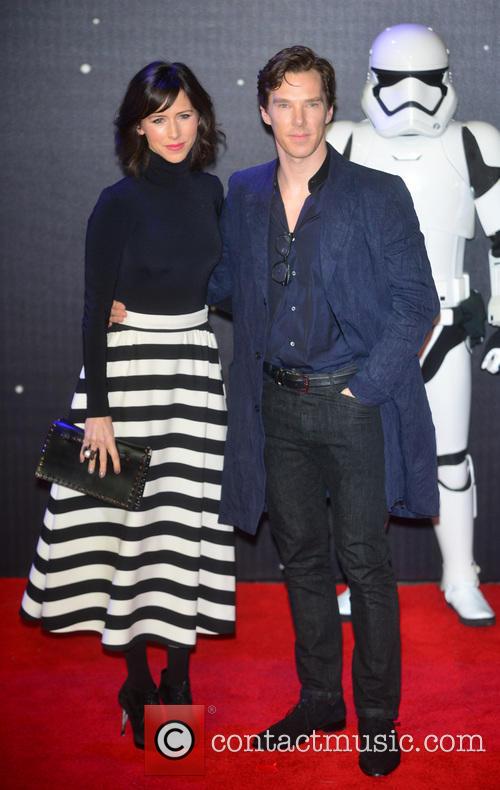 Benedict Cumberbatch with Sophie Hunter at the 'Star Wars: The Force Awakens' premiere

However, former Conservative employee and insider Nick Timothy, now the director of the New Schools Network, wrote an article for Conservative Home on Tuesday (December 29th) lambasting the actor. “What on Earth does Cumberbatch think qualifies him to opine so forcefully on every political matter of the day, from spending cuts to counter-terrorism policy?”

Timothy also named Katie Hopkins and Paul O’Grady as being among “those celebrities who, every time an election comes round, threaten to leave the country in the event of one party winning or another.”

Live Aid organiser Bob Geldof also came in for a panning, asking why he hadn’t provided proof that he’d housed refugees in his home despite loudly proclaiming that he would do so. He also took aim at Welsh singer Charlotte Church, suggesting that she was hypocritical and did not believe in elections.

In response, Church took to Twitter to call Timothy “boring”, asking in the same spirit about why Timothy felt he had the right to speak about public life.

Why does this man think he has more of a right to speak publicly about public life than anyone else. Boring. https://t.co/ivSXzxRdKq

As a parting shot, Timothy wrote: “If I had a wish for 2016, it would be that these pompous, hypocritical, self-obsessed political celebrities would take a vow of silence. If that proves impossible, surely it is time for our politicians and the media to stop humouring these vain and ignorant liberal luvvies.”

“Doing so would be good not just for my sanity but the standard of political debate in this country – which might at last reflect the full complexity of the problems we face, rather than whatever happens to come across the half-witted mind of a public school-educated actor.”

More: ‘Cash-strapped’ Charlotte Church says she’ll have to “work for the rest of my life”