We can't wait for what he does next year.

Benedict Cumberbatch has kept us smiling all year, whether it be through his vocal support of world issues, his acting talent or his infectious humour, so it's only right that we reflect on his best moments of the year. Well, we should say 'so far', as we're still waiting for the next 'Sherlock' special. 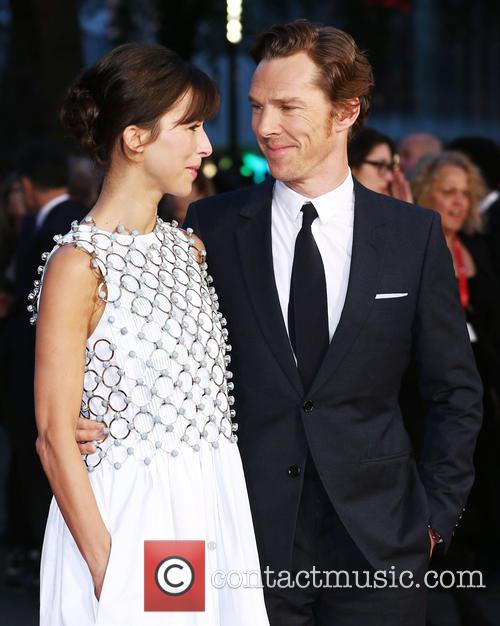 1. His campaign against homophobic laws - Following his appearance as Alan Turing in 'The Imitation Game', Cumberbatch urged the government to pardon all gay men convicted of public indecency after the official pardon of Turing himself. Joined by the likes of Stephen Fry, the petition soon amassed more than 40,000 signatures.

2. His marriage - On Valentine's Day this year he married theatre director Sophie Hunter, after announcing their engagement in the classiest way possible; The Times newspaper. It was a rather exclusive event, with a reception taking place at Mottistone Manor in the Isle Of Wight - a house belonging to Hunter's ancesters.

3. His Richard III tribute - As true Benedict fans will know, he's distantly related to King Richard III whose remains were famously excavated in 2012. In March 2015, a reburial was held at the Cathedral Church of St Martin in Leicester, where he read a poem especially written by Poet Laureate Carol Ann Duffy.

4. His support of the Human Rights Act - We'll never know what was going through the government's collective brain when they suggested scrapping the Human Rights Act, but Cumberbatch wasn't having any of it. He even appeared in a video telling a true story of when the Act brought justice for one man who found himself mercilessly abused by police officers.

5. His baby - He welcomed his first child, a son named Christopher Carlton, into the world in June and has since expressed an urge to have a whole batch of boys in the future. It was surprising news for everyone since they had only just got married, but another congratulations for this beautiful couple.

6. His Hamlet show - Benedict Cumberbatch is no stranger to the theatre, but now he's such a huge Hollywood star it's a big deal when he appears in a live performance of West End calibre. His production of 'Hamlet', which began in August, was produced by Sonia Friedman and tickets sold out within 7 hours a year ahead of its premiere earning it the title of Most In-Demand Theatre Production of All Time.

7. His refugee crisis rant - During said 'Hamlet' show, he used the audience's attention to raise awareness of an important cause. He slammed the Conservative government for not doing enough to support refugees from war-torn countries like Syria in an impassioned speech which increased donations to such causes significantly.

8. His otter impersonations - He's always a fun guest to have on 'The Graham Norton Show', but even the brooding and mysterious Johnny Depp couldn't help but giggle when Cumberbatch performed a series of impressions of different otters after it arose that many members of the public thought he looked like one. He then beat up a teddy bear. We think everyone needs a Cumberbatch in their home.

9. His CBE - Because he's such a big deal now he's a massive star in TV, film and theatre, the Queen awarded him Commander of the Most Excellent Order of the British Empire which he received in November at Buckingham Palace. A proud moment for any British national treasure.

10. His letter to Santa - The latest Benedict Cumberbatch story to endear him to us was that of his heartfelt letter to Father Christmas. He basically asked for children to be given the gift of joy, and to have the weight of the world and its issues lifted off their shoulders. He's promised to leave extra port and mince pies, so let's see if Santa brings a Christmas miracle for our favourite actor this year.