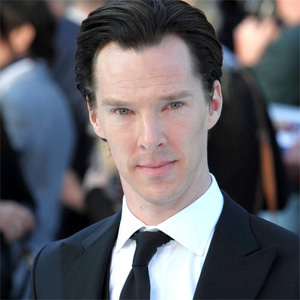 Benedict Cumberbatch has starred in a wide range of iconic roles over his relatively short career, from playing both the doctor and the monster in Danny Boyle's acclaimed stage version of Frankenstein at the National Theatre to reinventing Sherlock Holmes for the BBC series Sherlock. And his movie roles range from Tinker Tailor Soldier Spy to The Hobbit. He's also the villain John Harrison in the sequel Star Trek Into Darkness.

What drew you to be in a Star Trek movie?
I'm just a huge, huge fan of J.J. Abram's films. It's such a rich experience to be in his hands - a storyteller's hands where you're taken on a journey of high emotion, comedy, adventure, romance and then back through all that again. I knew it would be a riot, so I was well over the moon to get the role.

With this, Sherlock and The Hobbit, you're becoming an expert in taking on iconic characters. How do you approach it?
I think it's best to try and start with a blank canvas. It can be overwhelming if you try to fulfil everyone's expectations rather than the ones nearest to you in the creative process: your director and writers. So I try to trick myself into believing that no one has ever gone there before. Rebooting Sherlock and giving a modern day twist to a much-loved Victorian hero sounds like a cheesy spin-off idea, but it's done with such authenticity and respect for the canon. I think Star Trek is the same.

John Harrison certainly isn't a typical action-movie villain.
Yes, he's a grey area. There's a lot of motivation and reasoning behind what he does. And he has a moral core even if his method is brutal and abhorrent. You know, one man's terrorist is another man's freedom fighter, and I think there's an ability to sympathise and empathise with his cause. It was a beautiful thing to be asked to play this sliding scale of someone who could be trustworthy and understandable, and also somebody who could be out-and-out on a mission of revenge, trying to bring about what he sees as justice and a change in the order of authority.

What was the hardest thing to get right?
Which way to do my hair! Straight or curly, or long with bangs, or a pony tail? Or maybe no hair! No, actually getting this job was a whirlwind from beginning to end. And establishing the look of him was part of the journey.

Did you enjoy bulking up for the role?
Beyond how I was going to wear my hair, that was the hardest thing, because that meant an awful lot of eating in a very short space of time. And a lot of working out. But fortunately I had a fantastic trainer in the shape of Patrick Monroe, otherwise known as P-Nut, who also trained Tom Hardy. I met him through Tom on Tinker Tailer Soldier Spy. I've never been asked to do that before, and it was very integral to the character to have a strong physical shape and presence. And I loved all that. The amount of live action J.J. lets us do is part of the visual thrill: we have the most amazing people who built this world around us in special effects, but we're asked to do an awful lot of work beforehand. So you get the joy of seeing real bodies in these incredible environments. I loved it.