A Week In Movies: Zoolander Steals The Show In Paris, Shailene And Theo Shine In London, Trailers Drop For Get Hard, Woman In Gold And 5 Flights Up 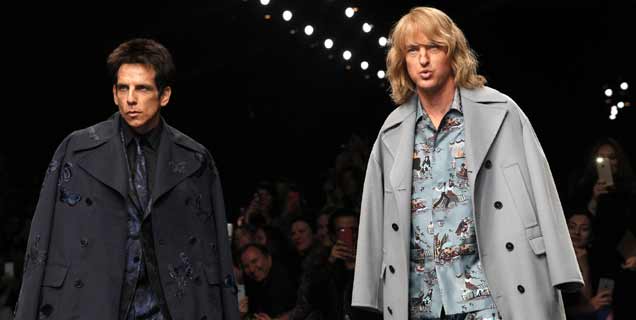 In Paris this week, Ben Stiller and Owen Wilson made headlines when they shot a sequence for Zoolander 2 on the catwalk during Valentino's Paris Fashion Week show. As their characters Derek and Hansel, they strutted to the strains of The Human League's Don't You Want Me, followed by a p[arade of high-fashion models. The film is due next February. Watch Ben Stiller And Owen Wilson Steal The Runway At Paris Fashion.

Shailene Woodley and Theo James led a line-up of red carpet eye candy at the world premiere of the Divergent sequel Insurgent this week in London. Guests included stars from TV shows like The Hills and Made in Chelsea, plus musicians, models and athletes, as well as Veronica Roth, author of the Divergent novels. The movie is out next week.

Meanwhile, filming continues on the next James Bond adventure Spectre. This week, the spy's trademark Aston Martin was seen on the streets of South London surrounded by a camera crew. Also this week, Stephanie Sigman (Pioneer) was announced as the latest member of the cast, the first Mexican Bond girl in the series' history. The film opens in the autumn. 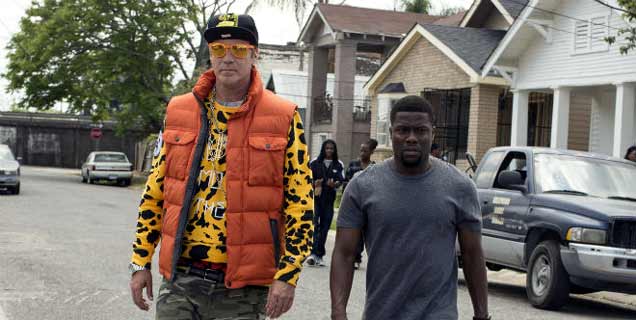 There's a new trailer this week for Get Hard, the comedy starring Kevin Hart as a guy hired to toughen up Will Ferrell before he goes into prison on embezzlement charges. Packed with wacky set-pieces, the trailer makes the movie look very silly and hopefully funny as well. It opens in the US and UK later this month. Watch 'Get Hard' Trailer.

Out on April 3rd, Woman in Gold stars Helen Mirren as a woman who hires lawyer Ryan Reynolds to reclaim a valuable painting that was stolen from her family by the Nazis and now hangs in a Vienna museum. Based on a true story, the odd-couple drama looks involving and sharply well made. A trailer and clips were released this week. Watch 'Woman In Gold' -Trailer And Clips. 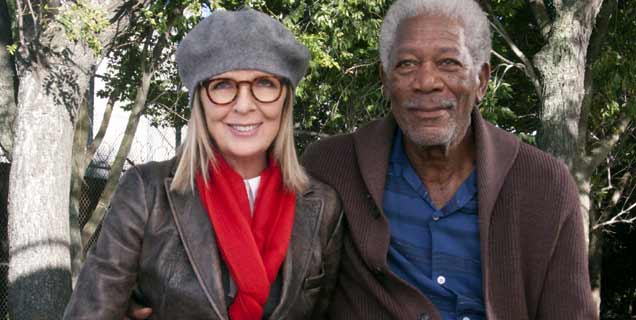 And there's also a new trailer for 5 Flights Up, a comedy-drama starring Diane Keaton and Morgan Freeman as a couple that has lived for decades in Brooklyn, watching it become trendy around them. And getting to know their new young neighbours changes their life. The film looks enjoyably relaxed and witty. It opens in America in May. Watch '5 Flights Up' Trailer.