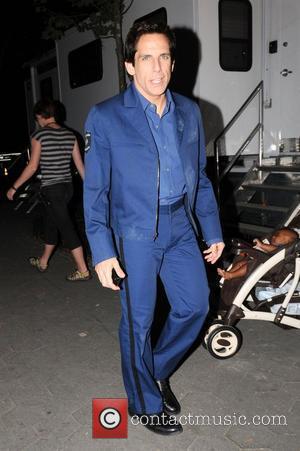 Picture: Ben Stiller on the set of his forthcoming feature film 'Night at the Museum 2: Battle of the Smithsonian' at the Museum of Natural History...

Action comedy Tropic Thunder has retained the number one spot at the US box office for the third week in a row.

The Dreamworks/Paramount picture, featuring Ben Stiller, Robert Downey Jr and Jack Black among a group of actors whose efforts to make a Vietnam film are hampered when they are abandoned in a real war zone, took $11.5 million (£6.4 million) to crown a third week at the top of the charts.

Babylon AD, the new Vin Diesel sci-fi film opened at number two after its first weekend on release while The Dark Knight continues to perform strongly, climbing one place to third after its seventh weekend.

The top ten films at the US box office are: (last week's position)