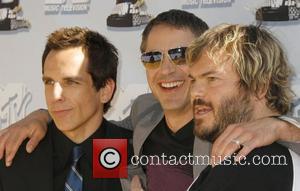 Ben Stiller is still haunted by the memory of upsetting Steven Spielberg as a child actor - when he called cut on a lengthy Empire of the Sun scene after messing up his lines.
The funnyman wasn't laughing when mild-mannered Spielberg took him to task for making a directorial decision on the set - when he was nothing more than a young extra.
He recalls, "There was a long steady cam shot, where a young Christian Bale is coming into this American barracks.
"He walks through the whole barracks and gets to the end of the barracks and there's John Malkovich and Joe Pantoliano and me. It's a six-minute shot... and then I screwed up my line.
"I said, `Oh whoops, sorry. Maybe we should cut.' Steven Spielberg is in another building watching on the monitors and I just hear silence. Then I hear him: `What happened?'
"I'm like, `I just yelled cut because I screwed up,' and he's yelling, `No, no, you never cut!' I literally turned white and shrunk because my hero and idol, Steven Spielberg, is yelling at me.
"I learned you never yell cut as an actor. The director yells cut. For years I lived with this shame... but we've laughed about it since because he remembers it too. I was mortified."