Penelope Cruz has refused to reveal which of her former female co-stars gave the better onscreen kiss. 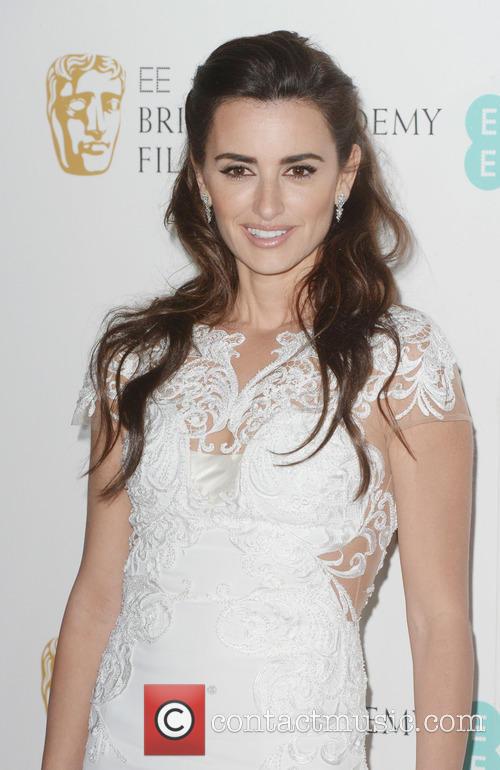 The Spanish star spoke cautiously when asked whether Scarlett Johansson or Charlize Theron was the best at locking lips during an appearance on US TV show Watch What Happens Live on Wednesday (17Feb16).

The 41-year-old smooched Scarlett in the 2008 movie Vicky Cristina Barcelona and kissed Charlize in 2004's Head In The Clouds.

When asked by host Andy Cohen who was the better kisser, the actress carefully answered: "I have to say both, I'm sorry. How can you choose there?"

"Is it nice kissing a lady?" host Andy queried. "It was not bad," the mother of two responded.

"I was directing a TV pilot for a series with Jack Black and Owen Wilson as a talking motorcycle," he said. "Weirdly it didn't get picked up. I cast Christine as the hot sheriff in town that Jack has a romance with. It was crazy."

While the pilot didn't work out, their romance blossomed, with the happy couple marrying in 2000.

"She was so funny and then we just got married really quickly," said Ben.

"It was short lived and fun," he said of his connection with the former Real Housewives of Beverly Hills television personality.

"I wouldn't characterise it as a relationship. It was a couple of dates. And fun. And I'm not sure if my wife is even aware of that."

Ben also responded diplomatically when asked about what it was like to work with Barbra Streisand on the 2004 film Meet The Fockers.

"I know all the baggage that comes with Justin Bieber these days, but I think he was making a concerted effort to be committed to what he was doing. He took it seriously and turned up on time," he said.