Ben Stiller has entered negotiations to helm fairytale flick 'Pinocchio' after his friend Robert Downey Jr. suggested him for the role. 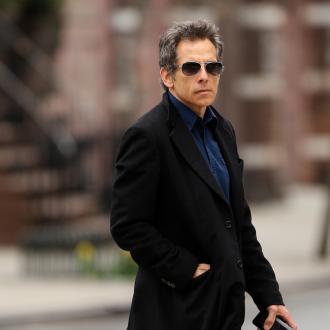 Ben Stiller could be directing 'Pinocchio'.

The funnyman is in talks to step behind the camera after his close pal Robert Downey Jr. asked him to consider helming the fairytale film when Tim Burton dropped out.

When Downey Jr. was quizzed at CinemaCon about who he would like to take up the role, he suggested his 'Tropic Thunder' accomplice Stiller, and subsequently pitched the idea to him.

The 'Dodgeball' actor has now set up meetings with Warner Bros. to discuss the project, according to Deadline.

Downey Jr. - who will be playing childless wood carver Geppetto - is producing alongside his wife Susan and when they wanted to change the ''creative direction'' of the film, Burton dropped out.

With the addition of notorious joker Stiller, it seems likely the plot will move away from Burton's eerie fantasy universe and put a more comical spin on the classic tale.

'Kick Ass' screenwriter Jane Goldman has penned a first draft of the script, but other writers are allegedly being considered.

The Pinocchio story - about a wooden puppet who embarks on a series of misadventures when his wish to become a real boy is granted - was originally written by Italian Carlo Collodi in 1938, and is best remembered through the 1940 animated Disney film version