This is how up to date the film will really be.

'Zoolander' returns next year (finally, we've waited long enough) and it seems Hansel and Derek have updated with the times and adopted the selfie craze that we all know and love in the brand new poster for the upcoming 'Zoolander 2'. So you can stop worrying about your all-important ambi-turn. Modelling is a serious business, so naturally your posing has to be on point at all times - even if it's yourself taking the picture. At least, that's the philosophy of Ben Stiller and Owen Wilson's characters, who both gave a furrowed brow, duck-face pout to their smart phones in one of the new posters. Their dress sense is as outlandish as ever, Ben in a black sequined jacket and Owen - sporting an on trend curly bob - in a white fur number. 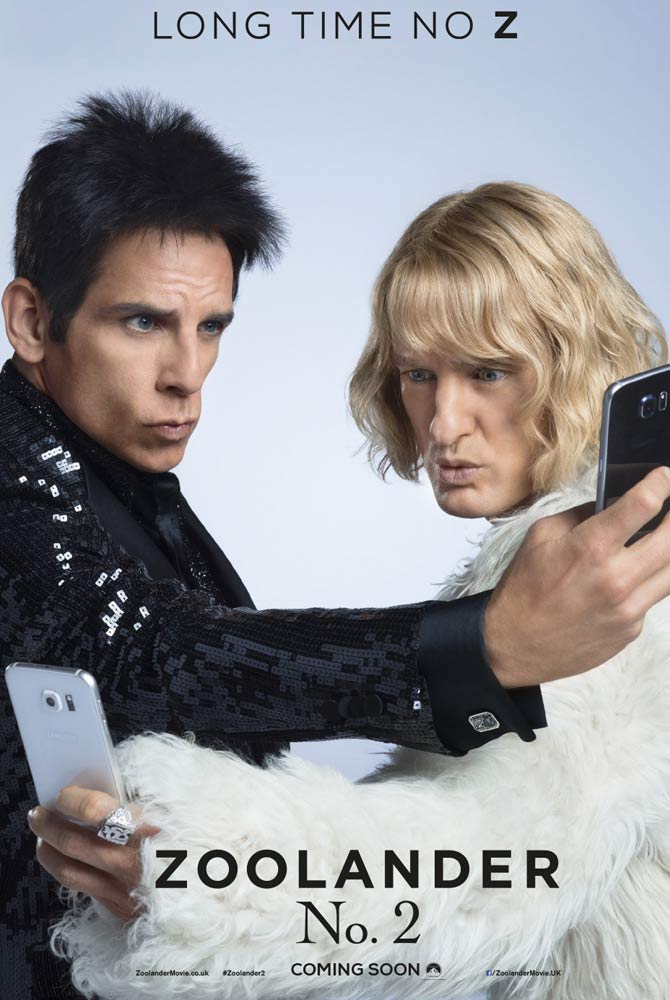 Stiller also rivalled Brad Pitt with a perfume style advert, black and white with a cologne bottle at in the corner reading 'Zoolander No. 2' in a similar way to Pitt's Chanel No.5 commercial. The tagline is the punny yet unrevealing phrase 'Long time no Z' - which is very true indeed.

More: Watch the trailer for 'Zoolander 2'

It's been nearly 15 years since 'Zoolander' first came out, bringing with it a fashion adventure comedy with an utterly thrilling cameo from David Bowie (that will always stick in our minds) among others. It's unclear what sort of guest appearances we can expect from 'Zoolander 2', but it is rumoured to be starring 'Sherlock' star Benedict Cumberbatch and Kanye West.

This time, Hansel and Derek have returned to the fashion industry (maybe 'The Derek Zoolander Center for Kids Who Can't Read Good and Wanna Learn to Do Other Stuff Good Too' didn't work out?) but face being ousted by a brand new company. Have they still got what it takes to walk the runway more than ten years on? You can bet on it. 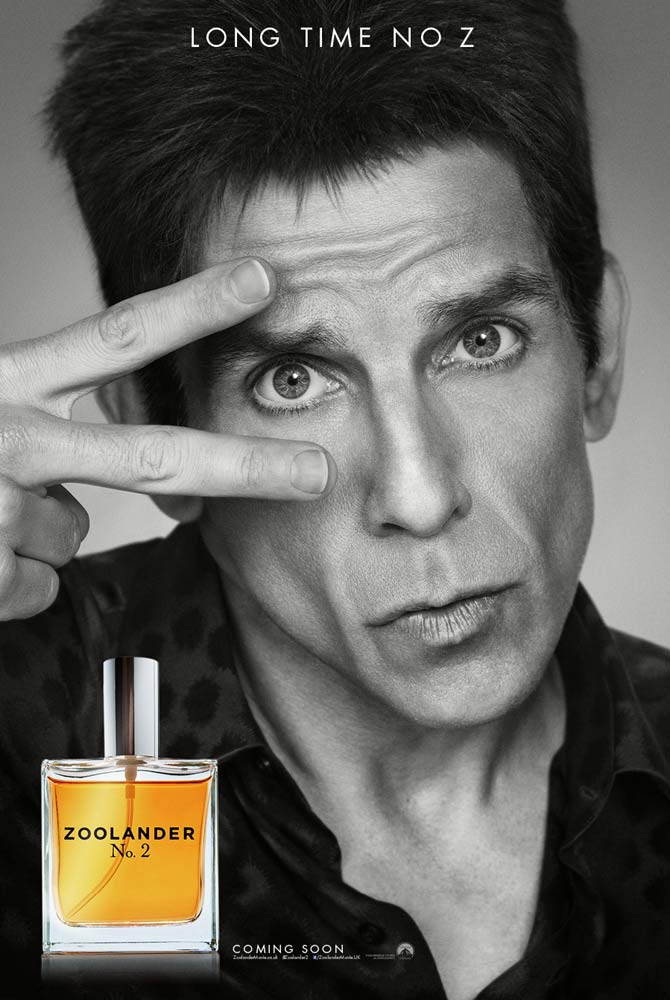 Eat your heart out, Chanel No.5!