Ben Stiller feels ''really lucky'' to have had the opportunity to work with late comedy legend Robin Williams on 'Night At The Museum: Secret of the Tomb'. 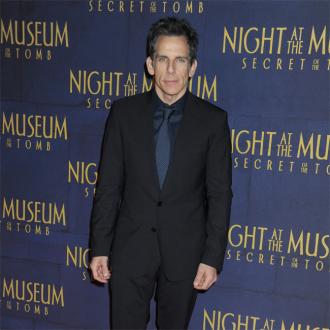 Ben Stiller feels ''lucky'' to have got to spend time with the late Robin Williams while making the 'Night At The Museum' films.

The 49-year-old actor stars alongside Williams in the latest instalment in the trilogy, 'Night At The Museum: Secret of the Tomb', and he will forever be grateful to have got to know his idol over the last few years.

Stiller insists he was ''excited'' every time he got to work with Williams - who tragically committed suicide in August at the age of 63 - on the franchise and never took it ''for granted''.

When asked how Williams' passing affects his opinion of the new movie, Stiller said: ''I don't how it affects how I look at the film, but, for me, I never took it for granted to be able to work with Robin because I was always a huge fan of his. Growing up he was one of my comedic idols and this was the only chance I ever had to work with him. So every time we got to work together on these movies I was always excited ... I feel really lucky to have had that opportunity and to have got to spend time with him and to be in the movies with him. It's great that the movies exist but for me it's the experience that I will take away.''

Even though Stiller starred with Williams on three occasions he always felt in awe when he was sharing lines with the comedy legend, despite Williams' efforts to put everyone on set at ease.

Speaking at a press conference in London on Monday (15.12.14), Stiller told BANG Showbiz: ''He was very generous and kind and would make everybody feel like an equal. It was great to be around him and have him treat you that way that but in reality, for me, under the surface I was always really just a fan.''

Stiller reprises his role as museum night guard Larry Daley in the film - which is released on December 19 - and it also stars Owen Wilson, Sir Ben Kingsley, Rebel Wilson, Dan Stevens and Ricky Gervais among others.

'Night At The Museum: Secret of the Tomb' is one of the last movies Williams made before his passing and features a tribute to him and late actor Mickey Rooney, who makes a brief appearance, in the end credits, accompanied by the words ''the magic never ends''.