The cast of the comedy sequel walked the blue carpet in London, serving blue steel all the way.

Ben Stiller and Owen Wilson brought fun, fashion and laughs to London last night, for the premiere of Zoolander No.2 in the capital’s Leicester Square. They were joined by co-stars Christine Taylor, Penelope Cruz and Will Ferrell, who all walked the special ‘blue carpet’ in honour of Derek Zoolander’s infamous ‘blue steel’ pose. 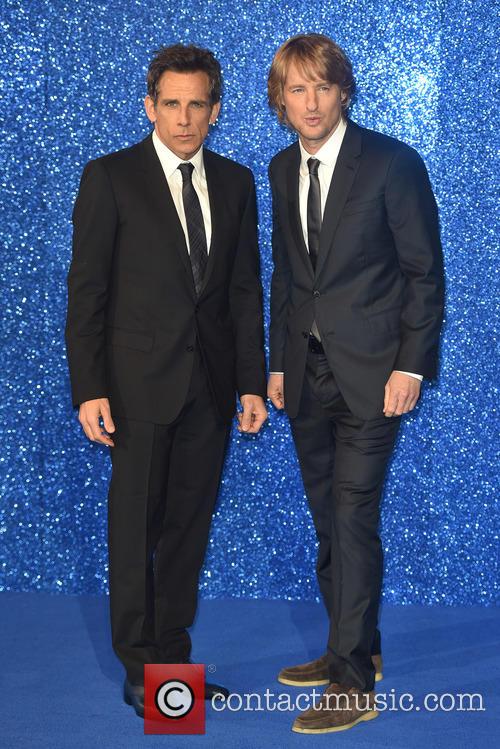 Ben Stiller and Owen Wilson at the Zoolander No. 2 premiere.

But before the screening got underway, Ben Stiller managed to break a world record for the longest selfie stick, after taking a huge selfie on the blue carpet. Stiller’s special stick measured a massive 28 feet.

"I wanted to appear on the cover of Vogue and also to break the world selfie stick record,” Stiller joked. The actor and writer also used the evening to pay tribute to the late David Bowie, who had cameoed in the first Zoolander film.

“He was a huge influence on so many people, I think on our culture, in the last 40, 50 years - when you go back and look at how long he was making music and how ahead of the curve he always was and always taking chances,” Stiller told The Mirror.

"So I think I'm like everyone else - influenced by him in that way. And it would have been great to have him in the second one. But having him in the first was a very special thing, and I will always cherish that.”

The sequel features cameos from a range of stars including Justin Bieber, Sting, Olivia Munn and Ariana Grande, while Benedict Cumberbatch also appears as model Ali.

The plot sees Zoolander and Hansel down on their luck, until they are recruited by Interpol to bring down Jacobim Mugatu, (Will Ferrell) who has been killing off celebrities while searching for the secret to eternal youth.