Ben Shephard and Kate Garraway are to voice a pair of show-stopping elephants in the new 'Tom & Jerry' film. 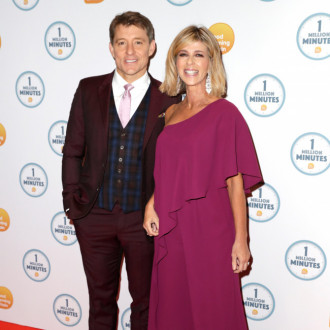 Ben Shephard and Kate Garraway are to feature in the new 'Tom & Jerry' film.

The 'Good Morning Britain' presenters will voice a pair of show-stopping elephants who are required to escort guests to a high-profiled wedding ceremony. Things go disastrously wrong when they are spooked by Jerry the mouse, who is fleeing from his old cat enemy Tom.

Ben said: "My character Ben the elephant and Kate, we are very impressive, theatrical elephants and we are there to show off our style and panache."

Kate added: "We are there to be elegant and carry in the stars who are getting married unfortunately it all goes horribly wrong."

Garraway revealed that she has been a fan of 'Tom & Jerry' since childhood although she preferred the cat to the mouse.

The 53-year-old TV star said: "I loved Tom and Jerry when I was a kid. I was always on the side of Tom because I love cats and thought Jerry was taking the mick a little bit."

Ben and Kate will be joined in the movie – which is a mixture of live-action and animation – by an ensemble cast that includes Chloe Grace Moretz, Michael Pena and Rob Delaney.

Chloe will play the role of Kayla, a girl who teams up with Tom to stop Jerry, and suggested that the flick would be "laugh out loud funny".

The 24-year-old actress said: "I think everybody is going to be shocked by how fun it is. It's like one of those 90s movies you never see anymore.

"It's laugh out loud funny and you're going to see a different side of me."