Former Lives is Death Cab For Cutie front man Ben Gibbard's solo debut. The dozen tracks that grace the album take us, in a similar yet slightly chirpier vein to his band work, on a thought provoking journey through Gibbard's self-penned memories and melodies. It's nothing new, pretty much more of the same, but if it isn't broken, don't fix it... 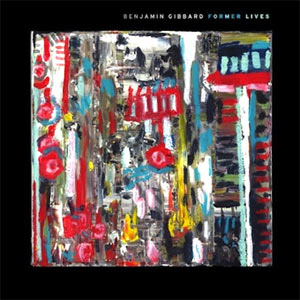 'Shepherd's Bush Lullaby' is a stunning a cappella opening to the offering. Its lyrics describe it as a 'melancholy whimsical tune' which is exactly right; through its short duration sounds beautiful, self-provided multi-tracked vocal harmonies. It's soon back to business as usual with 'Dream Song' as Gibbard returns with a sound familiar to what we know from DCFC, characterised by his distinctive vocal tone. 'Dream Song' has a shuffle feel to it underpinned by an almost walking bass line; like Death Cab For Cutie on a low dose of anti-depressants, as evidenced with the brief yet playful piano solo. There's an almost raucous edge to the crunchy opening of 'Teardrop Windows' which sounds Gibbard's vocals over a solid base of strummed electric guitar, drums and bass complete with gentle backing vocal harmonies and occasional Beatles-esque interjections of piano. 'Bigger Than Love' opens with on the beat piano pulsing and a subtly changing two-chord pattern then joined by pulsing snare and strummed acoustic guitar before the grungy electric vibe returns. In fact, the two-chord driving chorus of 'Bigger Than Love' sounds like something right out of Snow Patrol's songbook. The opening bars of 'Lily' bears great resemblance to the Death Cab For Cutie beauty 'I Will Follow You Into The Dark' with gently alternating bass picked through the acoustic guitar pattern, then the track picks up pace again with almost shuffle type percussion. Gibbard's lyrics are always so entrancing and his solo effort is certainly no exception.

'Something's Rattling (cowpoke)' offers a more Latin American vibe with muted trumpet and plucked violin interchanges over the solid strummed ground of this fast waltz. With the 'ooh' refrain there are smooth and slushy trumpet and bowed violin backings amongst the initial call and response theme. It's then back to The Beatles-esque sound with the descending piano accompaniment of 'Duncan, Where Have You Gone?' which underpins Gibbard's smooth multi-part heartfelt vocals later joined by grungy electric guitar. 'Oh, Woe' then changes back to the toe-tapping, light-hearted, blues shuffle glimpsed in the debut's earlier tracks; the light-hearted musical feel continues with the country feel for 'A Hard One To Know'. 'Lady Adelaide' then steps back to the gentle sensitivity of the picked guitar accompanied numbers with its pretty melody also picked out through the guitar line. 'Lady Adelaide' gathers more bite with the inclusion of percussion, both unturned (drum kit) and tuned (xylophone).

Gibbard's solo debut later concludes with the stripped back waltz 'I'm Building A Fire'; a sensitive and delicate number with gentle guitar accompaniment allowing the strength and flexibility of Gibbard's vocals to ooze clear. Former Lives is certainly nowt groundbreaking, but a little treat of a stop gap between Gibbard's other projects.