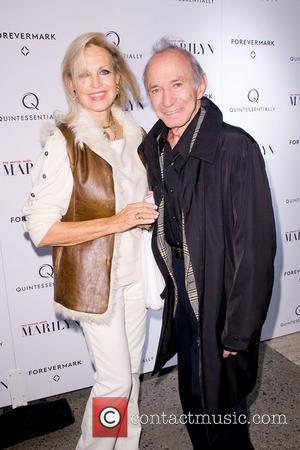 Stage and screen legend Ben Gazzara has died after losing a battle with pancreatic cancer - the same disease that killed his Road House co-star Patrick Swayze.
Gazzara, who was 81, died at Bellevue Hospital in Manhattan on Friday (03Feb12).
A native New Yorker, the Emmy winner studied with drama guru Lee Strasberg at the Actors Studio and became a Broadway stage sensation in the 1950s thanks to leading roles in plays like Cat on a Hot Tin Roof and A Hatful of Rain.
Gazzara made a string of TV appearances in the late 1950s and hit the big screen in Anatomy of a Murder, opposite James Stewart, in 1959.
The film picked up seven Oscar nominations and shot Gazzara into the Hollywood spotlight - where he became a revered actor for 50 years. Key projects have included Convicts 4, Saint Jack, The Big Lebowski, Buffalo 66, Happiness, Dogville, Summer of Sam and the 1999 Thomas Crown Affair remake.
Gazzara also enjoyed a string of movie successes as legendary director John Cassavetes' collaborator - the two old pals teamed up in Husbands, The Killing of a Chinese Bookie and Opening Night.
He always brought a sense of great drama and a tremendous physical presence to his roles, often playing villains and morally corrupt characters.
On TV, he is best known for his role as Paul Bryan in the long-running 1960s series Run For Your Life.
He returned to the stage in recent years and toured his one-man show throughout the New York area as he battled throat cancer.
Gazzara was working with Jerry Lewis and Peter Bogdanovich on new movie Max Rose when he died. As WENN went to press it was not known if he had completed his work for the film.

The Killing of a Chinese Bookie Movie Review