After a dispute with the band in 1960, King left the Drifters and established himself as a solo artist. He released 'Spanish Harlem' the following year but it was his second single, 'Stand By Me', which truly launched his career. King continued to have a string of hits, such as 'I (Who Have Nothing)' and 'Supernatural Thing', until 'Stand By Me' was re-released in 1986. The song was re-released as part of the movie soundtrack for the film of the same name and reached the charts once again.

Many have paid tribute to King on social media and mourned his passing. Both stars from the music industry and other areas of the entertainment business have shared their memories and lamented King's loss.

Gary U.S. Bonds, who worked closely with King, issued a statement on Facebook in which he passed his condolences on to King's wife and family and described King as "one of the sweetest, gentlest and gifted souls that I have had the privilege of knowing and calling my friend for more than 50 years."

With an extremely heavy heart, I must say  goodbye to one of the sweetest, gentlest and gifted souls that I have had the...

British Radio DJ Tony Blackburn described King as a 'great soul singer' and wrote how he 'had always been a part of my life with his great music'.

Singer and former X-Factor contestant Luke Friend paid tribute to King by performing one of his songs at his London concert. Another singer, Rob Thomas, said King was 'one of the greats' whilst James Bay thanked King for the music as 'Stand By Me' was one of the first songs he played.

Star Trek actress Zoe Saldana tweeted lyrics from 'Stand By Me' and Whiplash actor Miles Teller said King was 'one of the most tender hearted soulful singers we've ever had the pleasure of listening to.'

Other celebrities who have paid tribute to King include Emmy Rossum, Carole King, Salmon Rushdie, Arianna Huffington, Behati Prinsloo and 'Stand By Me' actors, Jerry O'Connell and Will Wheaton.

Contactmusic send their condolences to Ben E. King's family at this sad time.

So sad that another great soul singer Ben E King has passed away.He has always been a part of my life with his great music.R.I.P.

sad to hear about Ben E. King's passing. one of the greats. R.I.P.

RIP Ben E King. Thanks for your beautiful music. Stand By Me was one of the first songs I ever learned to play x

RIP Ben E. King. One of the most tender hearted soulful singers we've ever had the pleasure of listening to 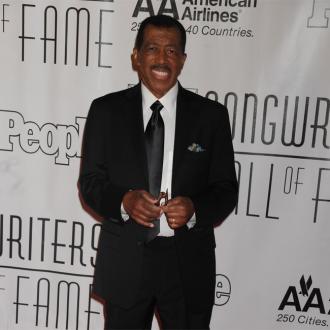