By Rich Cline
Extraordinary
British filmmaker Wheatley follows up his terrific debut Down Terrace with another genre-bending film that continually catches us off guard. This time we're watching a freak-out horror movie wrapped in a thoughtful exploration of the tides of relationships. Among other freak-outs. 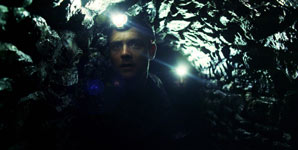 Jay and Shel (Maskell and Buring) have a mercurial marriage, with full-tilt arguments followed by moments of tender closeness. Perhaps this has to do with their military backgrounds, but their young son Sam (Simpson) doesn't really understand. And neither does Jay's army pal Gal (Smiley), who visits for a tense dinner party with his girlfriend Fiona (Fryer). Then Jay and Gal embark on a business trip as a hitman duo, and as they progress through their kill list, they begin to fall into the clutches of what looks like a sinister pagan cult.