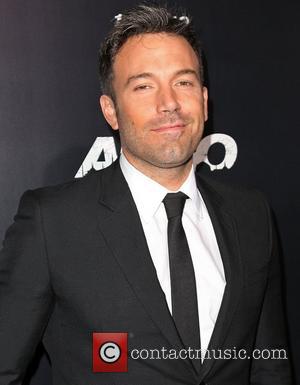 David O. Russell's Silver Linings Playbook - a stunning dark comedy starring Jennifer Lawrence and Bradley Cooper - appears to have hijacked the Oscars race. Russell was tipped for a golden statuette with The Fighter, though missed out on the directing prize to Tom Hooper (The Kings Speech). His latest movie has certainly thrown a spanner into the works for the greatest film prize of them all, so we've compiled an Oscars cheat sheet for Best Picture in 2013. So read on, before cleverly dropping the information into conversations with your friends.

There's still a handful of likely Oscar contenders to be released, though the eight or ten movies most strongly tipped to get nominated for Best Picture are now in place. The list is headed by two movies: Ben Affleck's thriller Argo and Steven Spielberg's historical drama Lincoln. The bookmakers cannot choose between the two, but most give the former's movie the edge as recent history suggests this type of film is likely to please the younger looking Academy. The Hurt Locker famously usurped Avatar in 2009, and Affleck's slick movie has much in common with Kathryn Bigelow's classic Iraq War film. As mentioned, both films are pretty much neck-and-neck in the betting, though Argo is generally available at 3/1 while Spielberg's epic is around 4/1.

Can anyone beat the market leaders?

Of course. Let's remember, the nominations are yet to be announced and they always seem to throw up a surprise or two. The Artist hardly featured in the betting until a massive Oscars campaign saw it catapulted to odds-on favourite a couple of months before the ceremony in Los Angeles. Silver Linings Playbook is an intriguing contender - it's currently prowling at around 6/1 as the bookmaker's third favourite - though (and tell your friends this) the last time a comedy-drama won the award for Best Picture was Driving Miss Daisy in 1989. A movie that certainly has a huge chance at the Oscars is Les Miserables, Tom Hooper's adaptation of Alain Boublil's musical of the same name, which in turn is based on Victor Hugo's classic 1862 novel. In fact, tell your friends that Les Mis will definitely get a nomination. Because it will. It's got Tom Hooper as director, who the Academy now loves, and boasts a cast consisting of Russell Crowe, Anne Hathaway, Hugh Jackman and Helen Bonham Carter. It's also a musical-drama, which the Academy are partial of in small doses. Elsewhere Ang Lee has returned with his latest assault on awards' season - Life of Pi - which could also snag a nomination. The adaptation of Yann Martel's Booker Prize winning book was deemed "unfilmable", though the critics have lauded the filmmaker's work on the magical drama. Line to slip into conversation: "Life of Pi could win, but the Academy probably aren't ready for 3-D just yet."

The Movies That Should Win, But Won't

Of course no movie buff would be complete without holding a couple of left-field favorites from the year's movies. The type of film that you say "really deserves to win an Oscar" but won't. You can pretend the Academy has a deep rooted hatred for the director of your favorite movie or that it "never rewards" a particular an actor in it. A conspiracy no less! Anyway, the films that you loved the most this year was Paul Thomas Anderson's The Master, Benh Zeitlin's Beasts of the Southern Wild, and Michael Haneke's Amour. The former - loosely based on Scientology - has the best chance of actually winning Best Picture, though it has stronger chances in the acting categories. Joaquin Phoenix is second favorite to Daniel Day-Lewis (Lincoln) for Best Actor and they may as well hand over Best Supporting Actor to Philip Seymour Hoffman now. For Best Picture, it lingers around the 8/1 outsider mark, though when Anderson missed out on the same award for his classic There Will Be Blood, we got the feeling it may forever evade him. Beasts of the Southern Wild features a remarkable lead performance from 8-year-old Quvenzhané Wallis and tells the magical story of her character's plight when melting ice-caps flood her ramshackle bayou community. It's a masterfully made movie, though it likely to fall just short at the Oscars. Watch out for a surprise nomination for Wallis though. There would be no more popular winner of Best Picture than Michael Haneke's Amour - a filmmaker of distinction and absolute quality. The film scooped the Palme d'Or at the Cannes Film Festival this year and tells the tender story of an ailing aging couple.