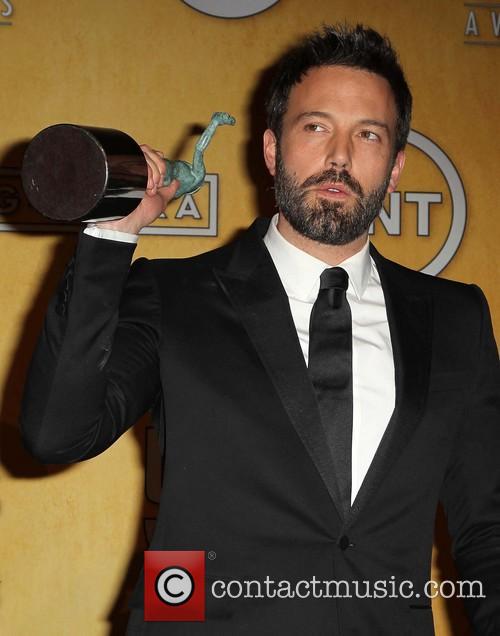 A Proud Ben Affleck At The SAG Awards

The Iranian hostage drama Argo won the top prize at the Screen Actors Guild (SAG) awards on Saturday evening (January 27, 2013), with Ben Affleck telling the audience, “There was absolutely no way I thought we would win this award.” The critically acclaimed movie – starring Affleck, Alan Arkin, John Goodman and others – has picked up a slew of prizes during awards’ season, making Ben Affleck’s omission from the Best Director category at the Oscars all the more confusing.

The complete list of winners at the SAG’s made for familiar reading, with Argo winning the top prize and Daniel Day-Lewis and Jennifer Lawrence picking up lead acting honors for Lincoln and Silver Linings Playbook respectively. Despite Argo’s success, the bookmakers remain convinced that it will be Steven Spielberg’s historical epic that will pick up the Best Picture at the Oscars, with the director almost certain to pick up Best Director in the absence of Affleck. “I don't know what's going to happen, nothing may happen, but it's a wonderful opportunity to be on the ride,” said the Argo filmmaker when quizzed on his movie’s Oscar chances.

Day-Lewis will no doubt pick up his third Best Actor award on February 24, 2013, though played down his chances backstage at the SAG’s, telling reporters, “Members of the academy love surprises, so about the worst thing that can happen to you is if you've built up an expectation.”