The actor's wife, Jennifer Garner, promised that we'll all be blown away by the re-imagining of the Batsuit for the upcoming movie

Ben Affleck will become the latest actor to portray Batman when he appears in the sequel to last year's Superman blockbuster Man of Steel. Ahead of his appearance as the Caped Crusader, Affleck's wife Jennifer Garner has revealed that she has already had a glimpse at the Batsuit her husband will be sporting in the 2016 sequel, calling it "unbelievably cool" and a "total reinvention" of the famous outfit. 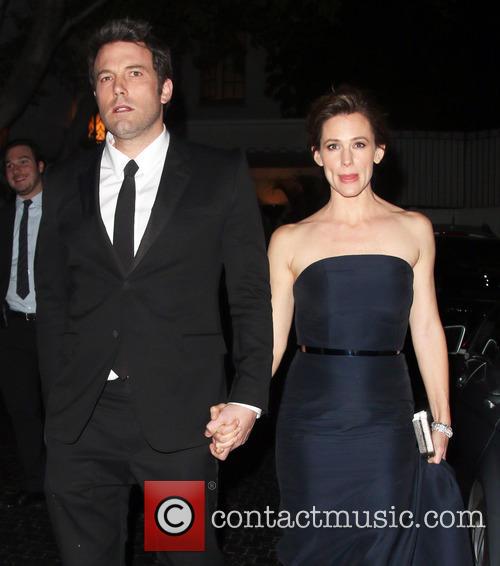 Affleck and Garner previously appeared together in spandex for Daredevil

"I don't think I could get him out of the suit," Garner told Entertainment Tonight recently, joking that her husband has been put on lockdown so he can't wear the suit all of the time. She continued, "I've seen the suit. It's unbelievably cool. It's a total reinvention, it looks great."

A promising tidbit from the actress, but one that might not sit well with some Batman purists. As if the news of Affleck's appointment wasn't already under scrutiny, the news that he will be wearing a "reinvented" version of the iconic outfit might make some fanboys' blood boil. What's worst of all for said fanboys however, is that they will have to wait another two years to get a glimpse at this new suit for themselves.

Garner's own confession comes shortly after Warner Brothers revealed that the Man of Steel sequel will be delayed for nine months as the studio put back the release date for the film to May 2016, from July 2015. The move puts the film in direct competition with Marvel, who have their own, unannounced project scheduled for release in the same month.