FIFA Corruption Scandal Movie To Be Produced By Ben Affleck And Matt Damon?

Shortly after the disaster of the officially endorsed FIFA movie 'United Passions', a yet-to-be-published account of the corruption within the organisation is set to be adapted for the big screen.

Ben Affleck and Matt Damon may be working together again in the future, with reports that they are in negotiations to co-produce a movie about the current scandal within football’s governing body FIFA.

According to a story by The Hollywood Reporter, Warner Bros. has emerged victorious in a bidding war for the rights to BuzzFeed investigative reporter Ken Bensinger’s forthcoming book ‘Houses of Deceit’, and is currently speaking with Affleck and Damon to co-produce it. 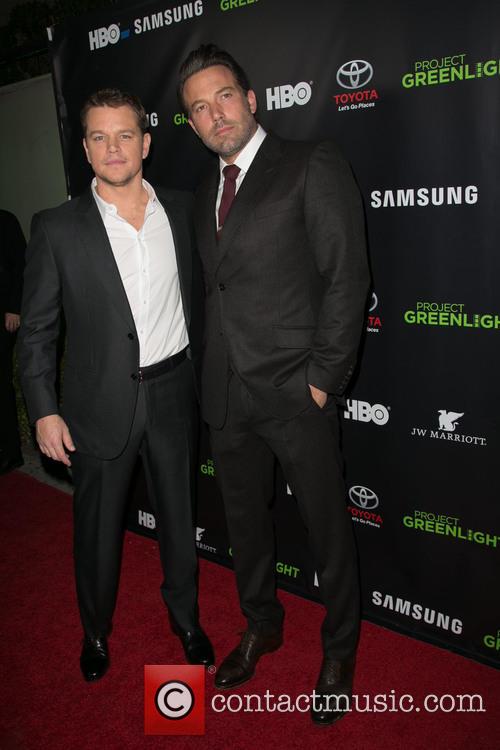 Matt Damon and Ben Affleck may be working together again soon

As well as owning the production company Pearl Street Films (which is based at Warner’s studios) together, Affleck and Damon have worked in movies together going back 25 years. They first appeared alongside each other in 1989’s Field of Dreams and have both starred in Good Will Hunting (1997), Dogma (1999) and The Third Wheel (2002).

More: ‘United Passions’ director calls the FIFA movie a “disaster” after it takes $607 at box office

‘Houses of Deceit’, despite not being published as yet, is being regarded as the chapter and verse account of Chuck Blazer’s involvement in the widespread corruption uncovered last month by the FBI investigation that grabbed headlines around the world. Blazer, now 70, made a secret plea bargain with US authorities so he could avoid a 75 year prison sentence, in exchange for his testimony to expose the inner workings of FIFA.

Entertainment Weekly reports that Gavin O’Connor is set to direct the film, with Anthony Tambakis to adapt the script. No casting announcements have been made, although Bensinger himself has already speculated upon who he’d like to play Blazer. He reckons someone like John Goodman would be suitable, who would bring “fury and comedy to the role”.

The report comes barely a month after the box office catastrophe of United Passions, the mainly FIFA-financed movie that featured Tim Roth as the disgraced current president of the organisation Sepp Blatter. It famously took just $607 in its opening weekend and holds a 0% rating on Rotten Tomatoes, with its director Frederic Auburtin quickly distanced himself from it, describing it as a “disaster”.