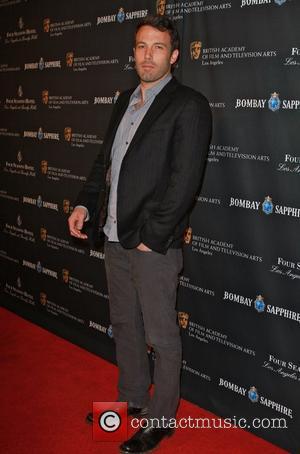 CINDY MCCAIN and the Hollywood actor Ben Affleck have joined forces in the name of charity.
CINDY MCCAIN, the wife of Republican presidential nominee John McCain, has teamed up with 'Good Will Hunting' star Ben Affleck to help the Democratic Republic of Congo, reports the UK's Daily Mail.
MCCain and Affleck, who is a prominent Democrat supporter, put their political differences to one side to help bring aid to the African country. The pair recently travelled to Congo together and are now attempting to bring attention to the suffering of the Congolese people. The 38-year-old actor said he was nervous about calling Cindy, saying, "I thought, I would love to get involved with Cindy but I'm afraid that if I try to reach out to her then she's going to think it's a prank call". Affleck's project, 'The Eastern Congo Initiative' helps to build schools and bring aid to the African country that has been torn apart by militia fighting. Both CINDY MCCAIN and Ben Affleck will testify together on Capitol Hill today (8th March 2011) about issues they saw during their trip.
Ben Affleck is married to the actress Jennifer Garner and the couple have two daughters. On his family, the actor said, "You make mistakes in life and that is what learning and growing up is about. In the movie business it is very easy to get carried away. But now it is nice to be in a place where I feel lucky with my family and really blessed". CINDY MCCAIN has been married to John for 30 years and they have four children.