Ben Affleck was reportedly embarrassed when he had to take daughter Violet into to a ladies toilet during a shopping trip. 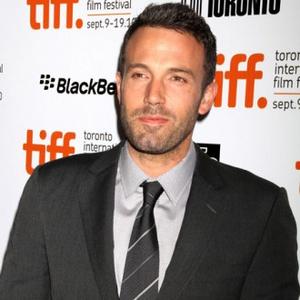 Ben Affleck was embarrassed when he had to take his daughter Violet to a ladies toilet while they were out shopping.

The 'Town' star escorted his five-year-old girl to the public restrooms at a CVS pharmacy in Brentwood, California while wife Jennifer Garner looked after their two-year-old child Seraphina although he was reportedly sheepish when he had to go inside to help her find some toilet paper.

According to National Enquirer magazine, Ben told the manager: "Her mother usually does this duty but she's in the car with our other daughter. I'm the only man with three women, so it's only gonna get worse as they get older if you know what I mean."

Despite his worry about raising two daughters, Ben recently revealed he was looking forward to playing "Mr. Mom" while Jennifer went to work on a movie.

He said: "My wife's going to a movie and then it's going to be just pure Mr. Mom time!"