Ben Affleck's political drama 'Argo', which he stars in and directs, will feature at the BFI London Film Festival in October. 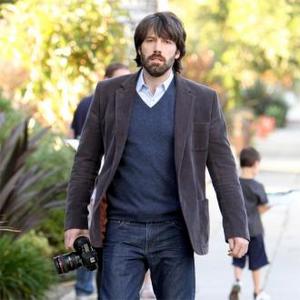 Ben Affleck's 'Argo' will feature at the BFI London Film Festival next month.

The political drama - which the 40-year-old actor stars in and directs - is part of the programme of movies unveiled today (05.09.12) that will be shown at the British event, which runs from October 10-21.

Martin Mcdonagh's 'Seven Psychopaths', which sees Colin Farrell take on the role of a struggling screenwriter, and Dustin Hoffman's directorial debut, indie movie 'Quartet' - which features British stars Dame Maggie Smith, Michael Gambon and Sheridan Smith - will be among the 225 feature films and documentaries that will feature at the film festival.

Among the names expected to appear on the red carpet throughout the event include the Rolling Stones - Sir Mick Jagger, Keith Richards, Charlie Watts and Ronnie Wood - for the world premiere of their new documentary film 'Crossfire Hurricane'.

Other music-inspired projects to be shown at the festival include Spike Island, which tells the story of a group of young wannabe rockers who are desperate to watch The Stone Roses live in concert at the Cheshire venue in 1990.