Ben Affleck would not want to work with his actress wife Jennifer Garner because he doesn't think cinemagoers could forget their relationship while watching the film. 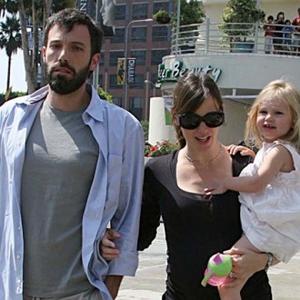 The 38-year-old actor - who starred alongside former girlfriend Jennifer Lopez in the critically-panned movie 'Gigli' in 2003 - admits he would not want to work with his wife on a film project because it "distracts" from the storyline.

He said: "Jen is a great actress. I would be profoundly lucky to work with her. But something tells me that people don't want to see real-life couples together at the movies.

"I think audiences have a hard time suspending disbelief. They already know a whole bunch of things about the relationship you have with the other person and if you try and thrust you and another person into a fictional relationship. I think it is distracting."

Ben has previously worked with Jennifer, 38, on 2003 superhero movie 'Daredevil', but that was prior to their relationship.

Despite his worries about a working relationship with his spouse, he has praised Blake Lively - his co-star on new action thriller 'The Town' - claiming she is "really committed".

He told Time magazine: "Blake was really good, she really good that that was the idea, she really committed to it and the idea was to make it not cheap or tawdry."