A new report has revealed that Ben Affleck has turned to his close pal of 30 years, Matt Damon, to help him cope with his split from Jennifer Garner. 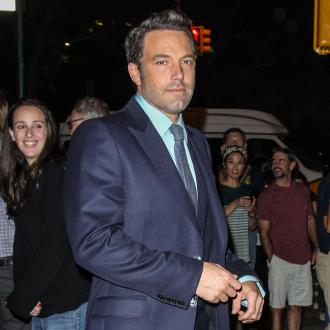 Ben Affleck has turned to his good friend Matt Damon to help him cope with his split from Jennifer Garner.

The pair announced the breakdown of their 10-year-marriage last week and Ben, 42, has reached out to his friend of 30 years and fellow actor Matt to help him through it.

A source told PEOPLE.com: ''They have a bond. Few people know Ben better than Matt, and that is really invaluable.

''In the same way Jen is turning to her friends, for a long time, Ben has reached out to Matt, who is a true touch point for him. He's a solid friend and this has been a long separation and not easy.''

Indeed, the publication previously reported that Jennifer, 43, had also reached out to her close friends during this difficult time.

An insider said: ''Jen has been leaning on friends. She has a close circle of pals who she trusts and are really protective of her. Her girlfriends have been really supportive. They just want her to be happy.''

The former couple announced last week while vacationing in the Bahamas with children Violet, nine, Seraphina, six, and Samuel, three, that they are to divorce, and the announcement was planned to make sure they were together when the news was revealed.

A source said: ''The family felt it was important to be together and they were together. The family are united and, no matter what, will protect the kids.''

Ben reportedly plans to live in a separate property on the grounds of the family's estate in Pacific Palisades, California despite the split.