Ben Affleck is rumoured to be starring in a solo superhero outing called 'The Batman', set for release in 2019. 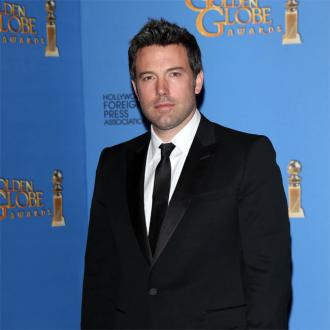 Ben Affleck could star in his own standalone 'Batman' movie.

The 'Argo' actor has reportedly landed his own solo outing set for 2019, which Warner Bros. is lining up to follow on from 'Batman v. Superman: Dawn of Justice' in 2016 and 'The Justice League' in 2017.

According to Latino Review, the film is speculatively called 'The Batman' and is being planned for four years' time because of Affleck's busy schedule.

The rumours aren't as far fetched as they seem since the 41-year-old actor has signed on for multiple movies as the Caped Crusader.

The follow-up to 2013's 'Man of Steel' will see Henry Cavill reprising his role as Clark Kent/Superman and Ben Affleck making his debut as Bruce Wayne/Batman.

Amy Adams, Laurence Fishburne and Diane Lane from 'Man Of Steel' have all signed on to reprise their parts and Jesse Eisenberg will star as Lex Luthor.

Filming has also started on the superhero team-up movie, which was written by Chris Terrio and produced by Charles Roven and Deborah Snyder.