Ben Affleck has shaved his beard after winning Best Picture at The Oscars on Sunday night. RIP Ben Affleck's Beard. 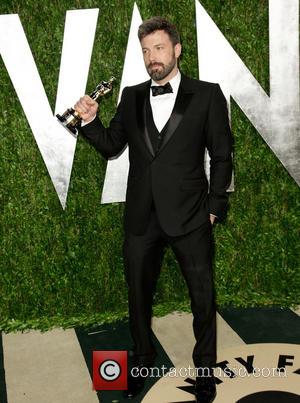 Ben Affleck shaves beard "to mark the end of a chapter," but it was such a great beard, this was a chapter we never wanted to end.

It certainly seems to have been his lucky charm so it seems a little strange for Ben Affleck to shave off that lustrous beard. However, as TMZ reports, it is done, and as a source told E! Affleck chose to do so to "to mark the end of a chapter."

Argo, his movie which won Best Picture at The Oscars on Sunday, was a labour of love for Affleck who both directed and starred in it. He originally grew the beard for the part; an agent who poses as a film maker to be able to get into Iran and save some Americans without the danger of being considered a threat to the state. Affleck's beard even has its own Twitter. On February 23rd it tweeted "Each day I pray he doesn't take a razor to me." Those prayers must have not been listened to.

In an emotional speech he thanked his wife, the crew, the cast, Iran, Canada and his children but totally forgot to thank his beard. However, he did say this: "You have to work harder than you think you possibly can. You can't hold grudges. It's hard but you can't hold grudges. And it doesn't matter how you get knocked down in life because that's going to happen. All that matters is you gotta get up."

Watch the trailer for Argo